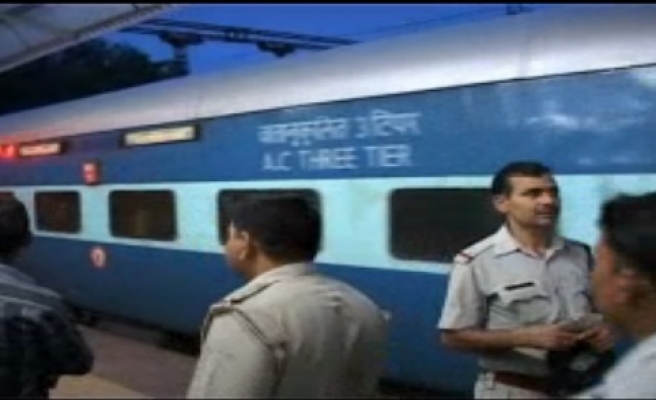 Around six men armed with pistols robbed almost 50 passengers inside the B2 coach of Delhi-bound Grand Trunk Express on Friday night.

Following the hue and cry, officers of Government Railway Police (GRP) persuaded the passengers to carry on with their journey and promised action against the robbers who got down at a place between Keetham and Farah stations by pulling the alarm chain.

Narrating the ordeal, a female passenger said that the passengers were beaten up by the robbers when they tried to resist.

its a very serivous problem in india, train robbers some support from some greedy train staff, police, so VARDAT be maked