Army operations in NW Pakistan to end by Dec. 2015

North Waziristan and Khyber Agency tribal areas have been the main targets of army operations, launched in June 2014 against Taliban militants. 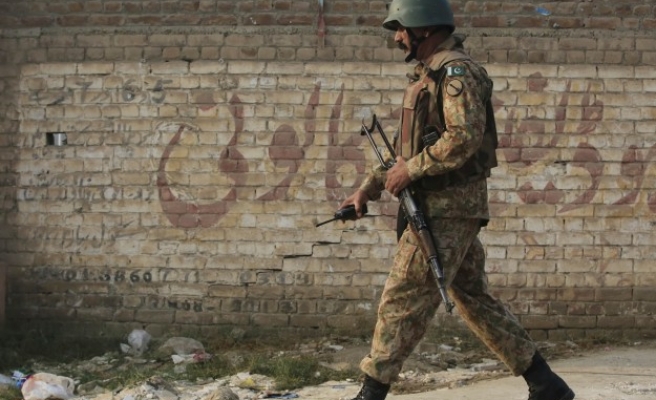 World Bulletin / News Desk
Pakistan has said that it will take one more year to eliminate Taliban influence in the country’s lawless tribal regions, which border war-stricken Afghanistan.

“The era of the Taliban or terrorists will end in the tribal region and there will be complete peace in the entire tribal areas by the end of this year,” the federal minister for border affairs, retired Lt. General Abdul Qadir Baloch, told local English daily Dawn in an interview published on Monday.

After the completion of military operations, the minister said a “mini-Marshall plan” would be launched for the socio-economic progress of the entire tribal region, dubbed as the heartland of militancy by the western media.

“The government will launch a comprehensive plan for development activities after restoration of peace in (federal administered tribal areas),” he added. “The plan is so big that we call it a mini-Marshall Plan.”

The 700-kilometer long tribal belt along the Afghanistan border, which consists of seven semi-autonomous regions, has been a battleground between the Pakistani army and Taliban militants.

North Waziristan and Khyber Agency have been the main targets of army operations launched in June 2014 against Tehrik-e-Taliban Pakistan, or TTP, a coalition of different insurgent groups in Pakistan, and affiliates.

Some security analysts cast doubts however over the minister’s announcement

“The government may end one or two ongoing operations by the end of this year but I doubt the security forces can completely eradicate the militants from the tribal belt during this period,” Rahimullah Yusufzai, a Peshawar-based expert on Afghan and tribal affairs, told The Anadolu Agency.

He opined that the army would stick to operations in different parts of the tribal belt due to perpetual shifting of bases by the warring militants.

“Peace in tribal areas does not coincide with the success of military operations only. It equally relates to the end of the war in neighboring Afghanistan”, he said.

The government had promised to send the displaced persons of the two areas back home by the middle of February 2015, but these plans have been postponed for a month for unspecified reasons.

“The government does not seem to be prepared for the return of the displaced tribesmen of North Waziristan and Khyber Agency. Khyber Agency is merely 10 kilometers away from Peshawar but the government has failed to send them back despite three consecutive announcements in the last three months,” said Yusufzai.

“Even if the government succeeds to start the return process by the middle of March, it will be in several phases, and not at once,” he added.

According to the army, up to 2300 militants have been killed in airstrikes and clashes in the tribal region since June 15, 2014. But media have been barred from accessing operation-hit areas and conducting independent verification of the army figures.

Some 226 soldiers have also reportedly been killed in the ongoing operation.