Court ordered the Federal Investigation Agency, which probed the cases, to apprehend Gilani, who was prime minister from 2008 to 2012 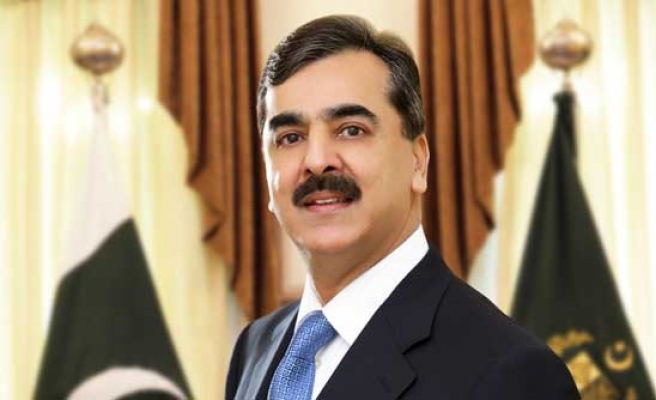 A Pakistani anti-corruption court on Thursday issued arrest warrants for former prime minister Yousuf Raza Gilani as well as one of his senior ministers in a dozen graft cases against them.

The court ordered the Federal Investigation Agency (FIA), which probed the cases, to apprehend Gilani, who was prime minister from 2008 to 2012, along with ex-commerce minister Makhdoom Amin Fahim and produce them before a judge on September 10.

"Yes, the court has issued the arrest warrants against them and to produce them into the court on the next hearing," an FIA official said.

Gilani can appeal to a higher court to allow him to post bail to avoid arrest before the hearing, but Fahim is unlikely to appear because he is receiving cancer treatment in Britain.

The court orders came after the pair failed to appear in court to defend themselves against 12 fresh corruption cases presented by the FIA, which took the total number of charges against them to 24.

The pair were on bail for the 12 previous cases.

They stand accused of taking millions of dollars in bribes while in power.

Both Gilani and Fahim are senior leaders of the opposition Pakistan Peoples Party, and the PPP says the cases against it are an attempt to stifle the party and gag Zardari, who has been critical of the outsized-role of the country's powerful army.

The PPP ruled from 2008-13 but suffered a heavy defeat in general elections that led to the country's first democratic transfer of power.

As commerce minister, Fahim was alleged to have used the Trade Development Authority of Pakistan to award subsidies to companies that existed only on paper, apparently with the support of Gilani.

Gilani's four-year tenure came to an abrupt end after the Supreme Court convicted him of contempt for failing to ask Swiss authorities to re-open a corruption case against former president Asif Ali Zardari.

The FIA and National Accountability Bureau (NAB) had begun their inquires into the corruption charges while Gilani was still prime minister, but the cases were only registered after his government had left power.

Separately, ex-petroleum minister Asim Hussain, a close aide to Zardari, was remanded into the custody of Pakistan's Rangers paramilitary force on Wednesday over another corruption case.