ASEAN may be forced to choose between US, China

Impoverished Cambodia has become an unlikely staging ground for geopolitical influence in Asia. 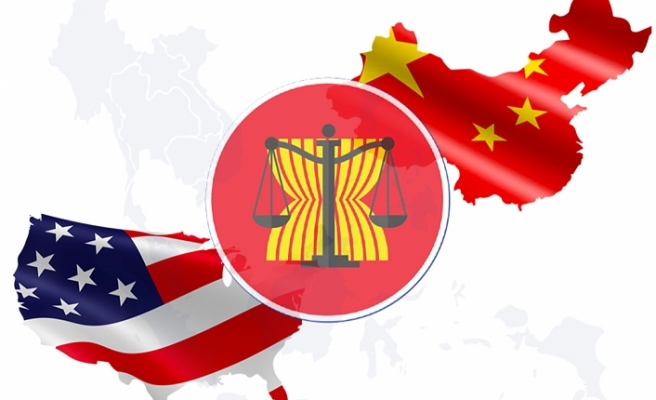 Southeast Asian nations may soon have to "choose sides" between the US and China in their ongoing trade war, the political heir to Cambodia's strongman ruler Hun Sen warned Wednesday in rare public comments.

In recent years it has turned into a key China ally, heading off criticism of the superpower over its claims to disputed seas in exchange for billions of dollars in investment and loans.

While China has cosied up to Cambodia, the United States and the European Union have admonished Hun Sen, the nation's ruler for 33 years, for his increasingly authoritarian rule.

In a rare speech outside of his country, his son, Hun Many warned the US-China trade spat may create lasting divisions in the Association of Southeast Asian Nations (ASEAN).

"Perhaps one day ASEAN would have to choose between US or China," Hun Many said in Bangkok.

"How would we see the trade war spill or expanded in other areas? Surely it will pressure individual members of ASEAN or ASEAN as a whole to choose sides."

The economic ripples of the trade spat between China and the US could destabilise global supply chain links in Southeast Asia, while a slump in Chinese spending would impact its trading partners.

At the same time, he has accused the US of trying to foment revolution in Cambodia by supporting his critics.

Both the US and EU decried the July elections, which were held without a credible opposition and gave Hun Sen another term in power.

When asked which of the superpowers Cambodia would side with, the Australian-educated Hun Many demurred.

"At the end of the day, it depends on those who are involved to take a more responsible approach for their decisions that affects the entire world," he said.

Earlier this week, Hun Sen swatted away concerns that Beijing will construct a naval base off the southwest coast of Cambodia, which would provide ready access to the disputed South China Sea.

Beijing claims most of the flashpoint area, infuriating the Philippines, Vietnam, Malaysia and Taiwan who all have competing claims to its islands and potentially resource-rich waters.

Hun Many, who described himself as a "proud son", is widely believed to be in the running to one day replace his father.

His elder brother, Manit, is the head of a military intelligence unit while Manet, the oldest, was promoted in September to the chief of joint staff of the Royal Cambodian Armed Forces as well as the commander of the infantry army headquarters.

But Many brushed aside the notion.

"It is way too soon to say that I am in the next generation of leaders," he said.