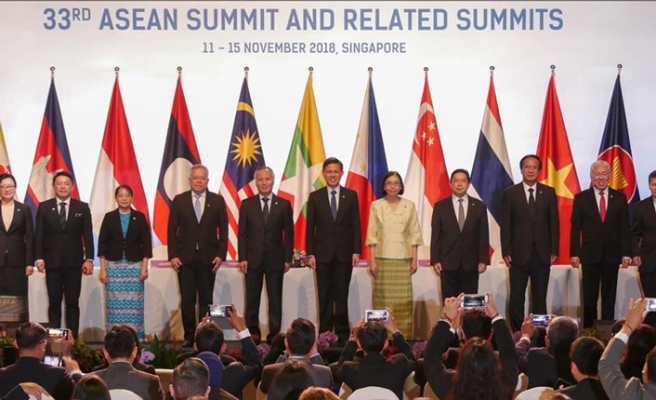 He said the 2015 AEC agreement marked a milestone in the bloc’s regional integration journey.

Chan also told the meeting that the bloc will need to continue to stay open and connected.

ASEAN also needs to improve collective strength to navigate the disruptive trends and anchor its relevance to the global economy, he added.

Chan said ASEAN has a huge economic potential with the growth of foreign direct investment as the young population reached 630 million and the middle class progressed.

"The region is ready to become the fourth largest economy in the world after the EU, the U.S., and China," he stated.

ASEAN enjoyed an annual economic growth of an average of 5.1 percent since 2011, while the global economy only grew 3.9 percent on average, Chan stressed.

"This is because of the strong economic fundamentals and the unwavering commitment of ASEAN towards regional economic integration."