At least 24 killed in bus accident in Pakistan 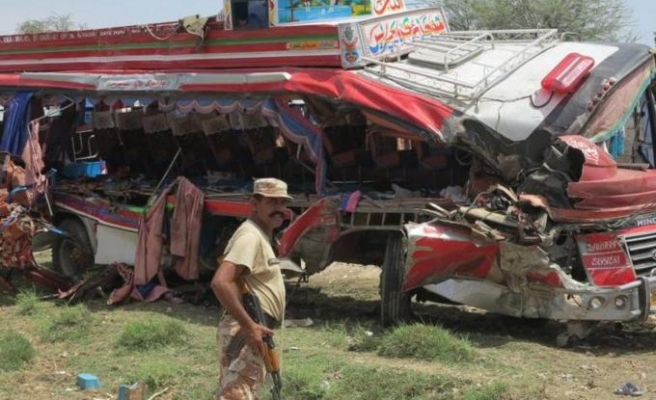 At least 24 people were killed and over 50 injured when a bus fell into a ravine in northeastern Pakistan on Wednesday night, local media reported.

The bus was carrying nearly 80 passengers headed for the annual congregation of Tablighi Jamaat -- a global Sunni Muslim movement -- near Lahore, capital of Punjab.

Doctors fear a rise in death toll as 12 critically injured patients were shifted to hospitals in the garrison city of Rawalpindi, according to Dunya News.

According to an initial investigation, overspeeding and brake failure caused the accident.

Pakistan has a long history of road and rail accidents mainly because of poor infrastructure and lack of safety standards.