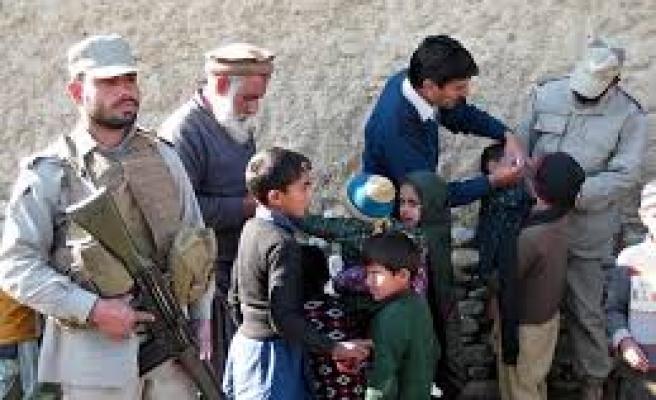 The attackers rode by on a motorbike while the vaccinators were administering a vaccination to a child inside a house, said Tahir Naveed, a city police chief.

“He was critically injured and rushed to hospital where he breathed his last,” Naveed said, referring to the killed police officer.

Pakistan is one of only three countries, alongside Nigeria and Afghanistan, where polio remains endemic but has struggled to tackle the disease because of the constant threat of attack against anti-polio campaigners.

According to local media reports at least 41 vaccinators have lost their lives while on duty and scores of volunteers have faced death threats.

A de-facto Taliban ban on polio immunizations has been in place since the CIA used a campaign as cover to search for the then-Al-Qaeda leader Osama bin Laden.

The group has enforced the ban by threatening and regularly attacking anti-polio workers.

Some 278 polio cases were reported in Pakistan in 2014, with 80 percent of them in the militancy-plagued northwestern tribal belt.