Zabihullah Mujahid, the Taliban's purported spokesman, claimed responsibility and said that the attack had targeted a foreigner`s convoy and several people were killed. 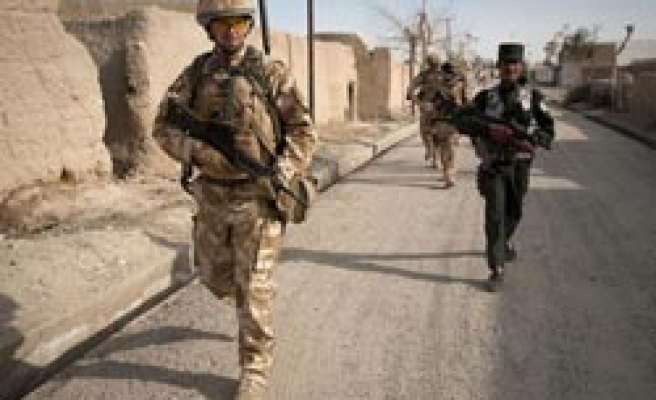 A bomber attacked a British embassy vehicle in the Afghan capital on Thursday, killing five people, including one Briton, the ministry of interior said.

The blast in the east of Kabul wounded 33 people, including many bystanders, the latest in a wave of bombings to hit Kabul.

The British embassy confirmed there were injuries among those in the vehicle, but did not comment on the reported death.

"I can confirm it was a British vehicle and there are some injuries. We are working with the Afghan authorities," said the spokesman, who asked not to be identified.

A Western security source said one of the British employees travelling in the vehicle had died in hospital, while a second Briton was wounded and in stable condition.

A Reuters witness saw at least one survivor being led away from the charred shell of the vehicle on foot by a member of the British security force.

The area was cordoned off by foreign and local soldiers and the armored vehicle of the embassy was heavily damaged. Several other civilian vehicles stained with blood could be seen at the scene.

A woman was screaming and calling her son's name. Parts of the bodies were scattered on the street.

“It was very big explosion. A friend of mine was injured in the incident. Every day we wake up with the bang of bomb explosions. It has become part of our lives,” Mohammad Tahir, a young Afghan man from the area, said.

It was the second attack on British targets in the past ten days.

The interior ministry initially reported the blast was caused by a suicide bomber on a motorcycle, but later said attacker was travelling by car.

The Afghan capital has been hit by a wave of attacks in recent weeks and Thursday's bombing was at least the fourth since Monday, when two American soldiers were killed in a powerful blast close to the airport.

Taliban spokesman Zabihullah Mujahid said in a text message that a bomber "targeted foreign invading forces" and many were killed and wounded.