Rope attached to lifting bag connected to fuselage snaps in waves of 2-3 meters, the section of the plane returning to the seabed. 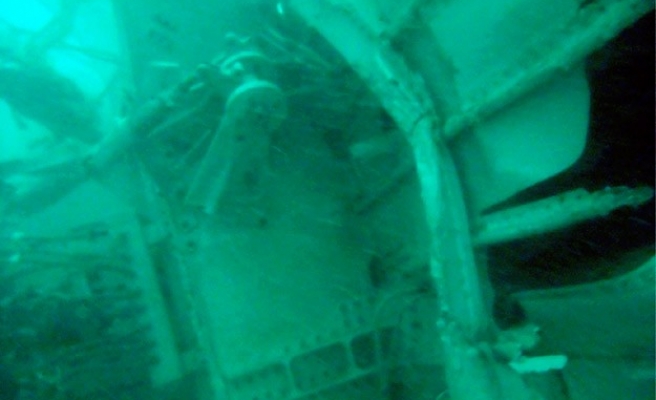 Attempts to raise a large section of the fuselage of AirAsia Flight 8501 were suspended for a second day Sunday after bad weather brought an abrupt halt to operations.

Local media aboard Indonesian army ship the KRI Banda Aceh reported that a rope attached to a lifting bag connected to the fuselage snapped in waves of 2-3 meters, the section of the plane returning to the seabed.

The effort was soon aborted as the wind built up to 30-35 knots (the recommended diving standard is 1 knot), the sky darkened, and it began to rain.

According to Detik.com, a corpse previously trapped in the wreckage floated to the surface as the operation ceased.

Divers have returned to the Crest Onyx rescue ship to await better conditions.

Retrieval efforts were also aborted Saturday after a sling attached to the fuselage snapped, the section again falling back to the sea floor.

AirAsia Flight QZ8501 crashed into the Java Sea off the Indonesian island of Borneo on Dec. 28 last year, killing all 162 people on board as it flew from Surabaya in Indonesia to Singapore.

So far, 70 bodies have been retrieved.

Investigators are analyzing data from the aircraft's two "black box" flight recorders to determine why it crashed. Terrorism has been ruled unlikely.

On Tuesday, Transport Minister Ignasius Jonan said the flight had climbed at a rate outside the Airbus A320-200’s safety parameters immediately before it disappeared from radar.

The last contact with air traffic controllers was when the pilot asked to climb from 32,000 feet to 38,000 feet to avoid storm clouds.

The flight was denied immediate permission due to heavy air traffic in the area and four minutes later the plane disappeared.