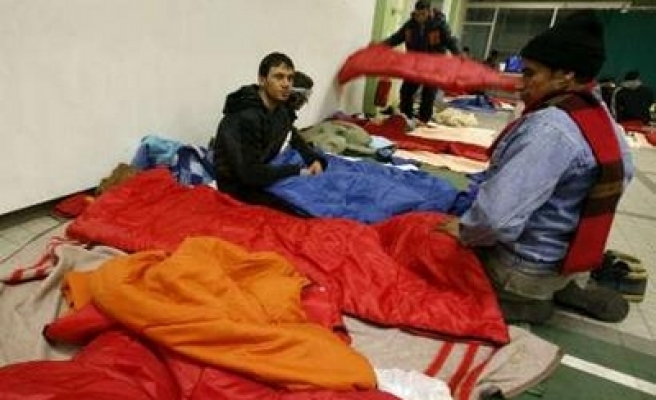 Australia’s plan to send refugees to live in Cambodia came under fire Friday due to the Kingdom’s poor record on caring for displaced persons.

A report from Human Rights Watch outlined the difficulties faced by refugees in Cambodia, including discrimination, falling prey to corrupt officials, lack of access to health services and education and poor employment prospects.

Elaine Pearson, the organization’s Australia director, said that since the government took over processing refugee applications from the UN refugee agency in 2009 “not a single refugee has ever received a Cambodian residence card, let alone citizenship.”

In September, Australia and Cambodia signed an agreement for refugees detained by Australia on the South Pacific island of Nauru to be voluntarily transferred to Cambodia.

Having interviewing refugees and asylum-seekers currently living in Cambodia earlier this month, Human Rights Watch said a number of factors hindered their chances to assimilate and settle in Cambodia.

“These include: difficulties in obtaining employment, denial of access to education, substandard access to health services, extortion and corruption by local authorities and discrimination by officials and the public,” the report noted.

Instead of receiving residency rights or citizenship, refugees receive a ‘praka,’ or proclamation, that was described by one refugee as “absolutely useless.”

The person told Human Rights Watch: “To get a job, a driver’s license, open a bank account, buy a motorbike, or even receive a wire transfer, you need to show a passport, not this piece of paper.”

Under the deal, toasted with champagne in Phnom Penh by Australia’s Immigration Minister Scott Morrison and Cambodian Minister of Interior Sar Kheng, Australia will give Cambodia 40 million Australian dollars ($35 million) in “development assistance.”

“The Australian government shouldn’t make the refugees in Nauru suffer further by dumping them in a place unable to adequately resettle or reintegrate them,” Pearson said.

In an interview with The Anadolu Agency earlier this week, Australian Greens Senator Sarah Hanson-Young said Cambodia was “not desirable” as a place to send refugees.

“It’s not equipped to deal with the vulnerabilities of refugees, particularly those that Australia wants to send here, because they are extremely traumatized,” she said. “They’ve been through hell and back.”

Cambodia is currently home to 63 refugees and has a poor track record towards those seeking protection.

In December 2009, on the eve of a $1 billion package from China, Cambodia deported 20 ethnic Chinese Uighurs at gunpoint, even though their asylum applications were still being processed.

Among the group, which had fled violence in Xinjiang, were a pregnant woman and two children. At least four were jailed for life in China while 12 others were jailed for up to 20 years.

The move flouted the 1951 UN Convention on Refugees and the 1967 UN Protocol on the Deportation of Refugees, Human Rights Watch said.