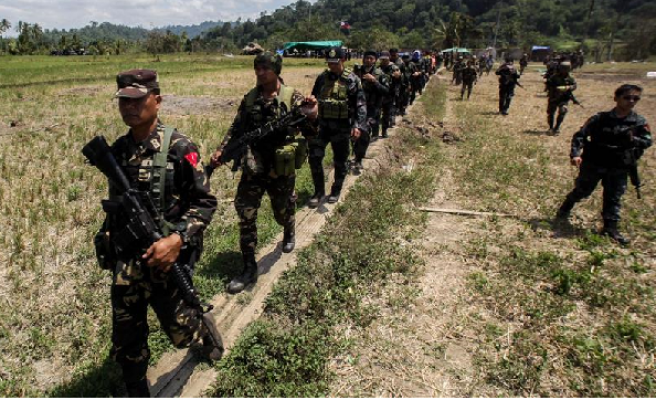 Australia will be sending around 80 troops to the Philippines to provide urban warfare and counter-terrorism training to help the military fight the rise and spread of ISIL in the country.

This was confirmed on Wednesay by Department of National Defense Secretary Delfin Lorenzana, who said the Philippines has agreed with Australia to increase military cooperation to address the threat of terrorism.

Australian Defense Minister Marise Payne announced the expansion of Australia’s security support to the Philippines on Tuesday at a meeting of defense ministers from the Association of Southeast Asian Nations (ASEAN) at a former U.S. airbase in Clark in Pampanga province.

The 80 soldiers from Australia’s mobile training team will be deployed at local bases in the Philippines to train army and marine units.

Payne said the practical training the Australian Defense Forces will provide will ensure the Philippines defense force is better able to counter the strategies being employed by terrorists.

"All nations must learn from the recent Marawi conflict and the Philippines’ experience. The spread of ISIL-inspired terrorism is a direct threat to Australia and its interests, and we are committed to working with our partners and allies to ensure that ISIL cannot establish a geographic foothold in the region," she said.

Lorenzana said the government is closely monitoring Filipinos returning from the Middle East after fighting for ISIL to guard against potential acts of terror following their defeat in Syria and Iraq.

He said home-bound Filipinos with links to ISIL were on a “long list of names” provided by Kurdish intelligence.

“They have a long list of names of Malaysians and Indonesians fighting in Iraq, [and] a couple of Filipinos who might come back, so we are monitoring these people,” Lorenzana told reporters.

The conflict in Marawi ended on Oct. 23.

Philippine authorities said 920 militants, 165 troops and police and at least 45 civilians were killed in the conflict, which displaced more than 400,000 people.

At the height of the fighting in Marawi, weaponry and technical support, including surveillance aircraft, had been provided by Australia to the Armed Forces of the Philippines in its campaign against the ISIL-linked Maute and Abu Sayyaf terrorists.