Australia promised to give three days' notice before returning the 153 asylum seekers, including children, a move being hailed by human rights lawyers as a minor victory 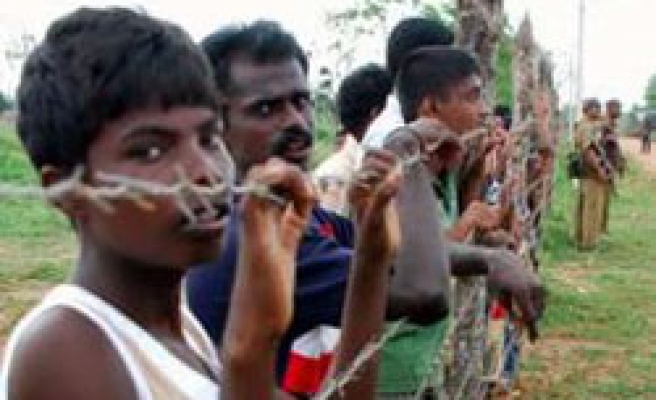 The fate of a boatload of Tamil asylum seekers could be undecided for weeks as Australia's High Court considers a legal challenge to Australia's attempts to hand them over to Sri Lanka.

Australia promised on Tuesday to give three days' notice before returning the 153 asylum seekers, including children, a move being hailed by human rights lawyers as a minor victory against the country's hardline immigration policy.

But the longer-term implications of the case, which was adjourned until Friday to give the government time to comply with a subpoena from the court for documents, remain unclear.

The High Court hearing, which could last up to three weeks, undercuts the government's attempt to maintain secrecy over "Operation Sovereign Borders", a centrepiece of its election victory last year.

The case, which follows the return on Sunday of 41 other Sri Lankan asylum seekers on a separate boat by Australia, has received international attention amid strong criticism by the United Nations and other human rights groups.

"Our goal for today was to make sure the 153 asylum seekers are safe, and for now we have achieved this temporarily," said lawyer George Newhouse who brought the legal challenge.

Human rights lawyers will negotiate with the government to speak directly with the asylum seekers, who are being held on the high seas on a naval vessel, saying they have so far spoken only with family members.

"(Prime Minister) Tony Abbott and (Immigration Minister) Scott Morrison's nasty secret is out," said opposition Greens lawmaker Sarah Hanson-Young. "The ugly truth is that the government has been keeping dozens of children detained out on the high seas."

Western countries have long raised concerns with Sri Lanka over accusations of human rights violations during the final phase of the war against Tamil separatists that ended in 2009.

Sri Lanka says many asylum seekers are economic migrants, but rights groups say Tamils seek asylum to prevent torture, rape and other violence at the hands of the military.

The 41 asylum seekers handed over on Sunday appeared before a magistrate's court in the port city of Galle on Tuesday. Sri Lankan police had said they were to be charged with leaving the country illegally and any found guilty would face "rigorous imprisonment", raising fears about rights abuses.

"Five suspects were detained ... while 27 were released on 5,000 rupees ($38) cash and 100,000 rupees surety bail," said lawyer Epa Arunashantha, appearing for the five whom he described as "organisers".

"All children were discharged by the magistrate court," Arunashantha said.

The group, including a breastfeeding mother, were brought to the 17th-century, Dutch-built court on a bus where they surrounded by relatives shouting their names.

The detained five will next appear on July 14.

Lawyer Justin Gleeson, acting for Australian Immigration Minister Scott Morrison, said the second group was intercepted 12 miles from Australia and outside the country's migration zone. They were now on an Australian navy vessel on the high seas, he said.

Australia's undertaking of three days' notice applies only to the possible return of the asylum seekers to Sri Lanka. They could instead be held on the boat or transferred to offshore holding centres on Australia's Christmas Island and the South Pacific nations of Nauru and Papua New Guinea.

Lawyer Ron Merkel, representing 50 of the 153 asylum seekers, said the group were all Tamils and included up to 29 children, including a two-year-old.

Merkel, who said all the group's communications had been removed, argued that they had been denied procedural fairness by not receiving a proper assessment of their claims to asylum.

"This is the government's intent ... to involuntarily and by coercion return the 50 plaintiffs ... to Sri Lanka against their will," Merkel told the court.

Gleeson did not provide any detail on how or why Australian authorities boarded the boat and transferred the group to the navy boat.

The U.N. Refugee Agency said on Tuesday it was "deeply concerned" about the return of the 41 asylum seekers and the fate of the other 153.

Of particular concern is Australia's "enhanced screening" process, used to assess asylum seekers on the first boat, reportedly involving asking them just four questions over a phone link to Australia.

Australia has touted the success of its "Operation Sovereign Borders" in blocking asylum seeker boats, saying there have been no arrivals since December.

Abbott refused earlier on Tuesday to comment directly on the case but defended Australia's immigration policies.

Australia received 16,000 asylum seeker applications last year, just under 0.5 percent of the 3.6 million lodged worldwide, UN figures show, and a drop from one percent in 2010.