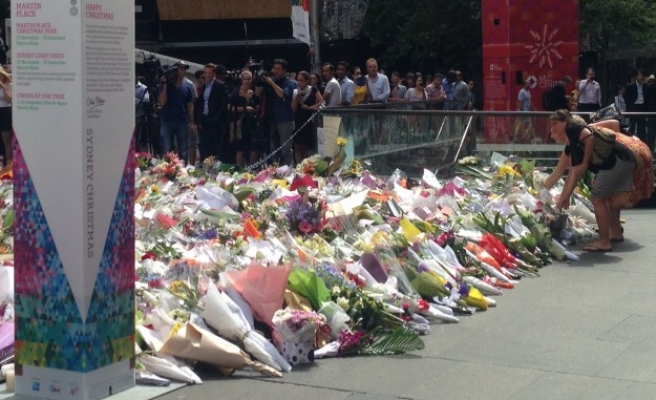 Australian Prime Minister Tony Abbott foreshadowed tighter immigration controls on Sunday when he released the first report into a siege last December in Sydney's Lindt cafe, in which two hostages and the gunman were killed.

The legal system "had let the country down," Abbott said, almost ten weeks after Iranian refugee Man Haron Monis walked into the cafe to hold 18 hostages at gunpoint during a 17-hour siege and bring Australia's largest city to a standstill.

The joint federal and state government report found that all decisions authorities made in relation to Monis were reasonable under current laws, though it recommended changes to conditions for immigration, citizenship and bail.

"Plainly, this monster should not have been in our community," Abbott said in Sydney.

Monis, who sought asylum in Australia within a month of arriving on a business visa in 1996, later received citizenship.

At the time of the siege, the self-styled sheikh, who tried to align himself with the Islamic State group, was on bail on a charge over the murder of his ex-wife. He was killed by heavily armed police who stormed the cafe after he killed a hostage.

The New South Wales government adopted new bail laws after the siege. The review wants these laws stiffened to take into account an accused person's links to terrorist outfits or violent extremism.

Monis, convicted in 2012 of sending hate mail to the families of Australian soldiers killed in Afghanistan, was well-known to police and security authorities.

He was the subject of counter terrorism discussions several times between 2008 and 2014, the report showed.

It also showed members of the public made 18 phone calls in the week before the siege to a national security hotline over his Facebook posts, but the threat assessment did not change.

Agencies following up the calls found Monis was not an imminent threat and missed a threshold for prosecution.

The report showed the balance between individual freedom and community protection needed to be reassessed, Abbott said.

"Monis was given the benefit of the doubt every time," he added. "He gamed the system."

Abbott is expected to announce immigration and welfare curbs in a national security report due for release on Monday. There were 55 welfare recipients among 57 Australians identified last year as having travelled to theMiddle East to fight with ISIL militants.