The Organization for Security and Cooperation in Europe has expressed concern over a record high number of casualties in January during clashes. 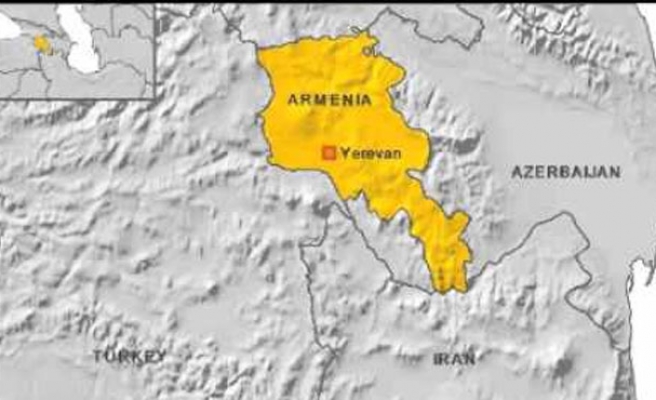 The Organization for Security and Cooperation in Europe has called for easing of tensions between Azerbaijan and Armenia.

Last year, some 60 people were killed over a long-standing conflict between the two countries over a disputed zone.

In a statement Saturday, the organization expressed concern over the volatile situation.

The remarks came after a meeting in Munich between the interim chairman of the organization, Serbian Foreign Minister Ivica Dacic and the OSCE Minsk Group, which was established to solve the conflict by Russia, the U.S. and France.

In January, 12 people were killed, while 18 others were injured, which is a record high number since a cease-fire was established in 1994, according to the statement.

"We call on the sides to end incursions, cease targeting villages and civilians, stop the threat of reprisals and the use of asymmetric force, and take additional steps to reduce tensions and strengthen the cease-fire," the statement said.

An Azerbaijani solider died Friday after succumbing to his wounds following clashes a day before, officials said.

Azerbaijan and Armenia, two former Soviet republics, fought a war over the disputed Nagorno-Karabakh region in the 1990s.

On May 12, 1994, a cease-fire agreement was signed between Azerbaijan and Armenia after two decades of conflict over the disputed territory.

In February 1988, the regional parliament in Nagorno-Karabakh, which is largely populated by ethnic Armenians, voted to declare its independence from Azerbaijan.

Armenia's parliament voted to recognize the independence, a move that prompted a forceful evacuation of over 200,000 ethnic Azerbaijanis from Armenia. Thousands of Azerbaijani civilians lost their lives in the resulting conflict.