Azerbaijan is ready for presidential elections 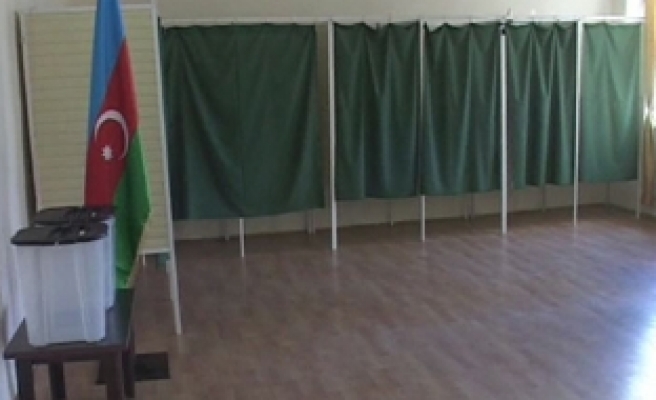 Over a thousand election observers are flying in to Azerbaijan's capital Baku to monitor presidential elections to be held October 9th.

Ilham Aliyev came to power in 2003, the elections were accompanied by mass protests and accusations of vote-rigging.

Aliyev is the son of late Heydar Aliyev, who was Azerbaijan's president from 1993-2003, and he is widely expected to win next Wednesday.

Holding a press conference regarding the elections, Azerbaijani Election Commission Chairman, Mezahir Penahov elaborated on the busy efforts only a few days ahead of the elections.

He stated that all departments of the Election Commission are on alert for the presidential elections to run smoothly and transparently, as the preparations have yet to be completed.

Penahov pointed out that 5.1 million voters could cast their votes in 5,491 polls, adding that Azerbaijani expats would be able to go to the polls in Azerbaijani embassies.

Citing his contact with Saudi Arabian authorities for enabling Azerbaijani people performing the Islamic pilgrimage of Hajj to vote, he argued that certain foreign countries along with international institutions admired the election preparations in Azerbaijan.

"The elections will be closely monitored by 1,300 observers from around 100 different world countries," he added.

Azerbaijani Central Election Commission (CEC) reports that surveillance cameras were installed in all polling stations to avoid interventions to ballot boxes. Anyone who wish will be able to observe the ballot boxes online, as the free access will be provided for the cameras over several web pages for 24 hours during the election date. Azerbaijanis will vote in 5300 permanent and 219 temporary polling stations.