Thailands military has severely restricted public gatherings, and have detained nearly 300 people since May. 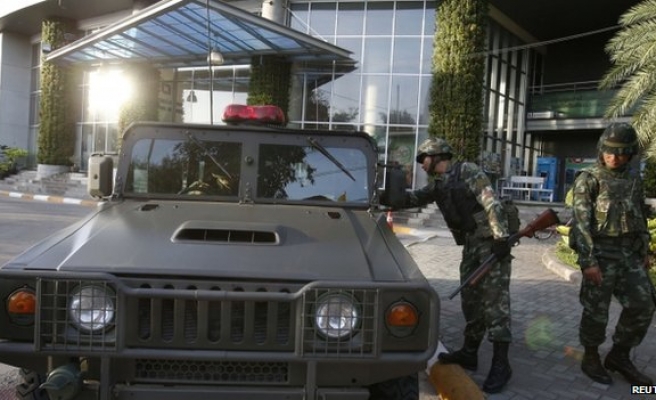 Thai police plucked at least three people off the streets of the capital on Sunday, after they held a small gathering to "exchange views" with the country's military junta.

Thailand's military has severely restricted public gatherings since seizing power in a coup last May. Taking a hard line on dissent, it has detained more than 300 people, including activists, journalists and politicians.

The leader of a group of four people, Akkarakit Noonchan, was dragged away by plainclothes officers shortly after the beginning of the event at Bangkok's downtown Victory Monument, according to a Reuters witness.

Akkarakit told reporters the event by the group, calling itself Serichon Thailand 58, was not intended as a protest.

At least two other people were seen being detained. They had earlier displayed t-shirts depicting a bird with its beak and claws bound, as dozens of uniformed police stood by.

One person has been questioned by police, said Lieut. Col. Thepitak Saengla, the head of investigations at the nearby Phayathai police station. He did not give any further details.