Abdus Sobhan is the ninth top Jamaat-i-Islami leader to get convicted of crimes for his role in the 1971 war with Pakistan. 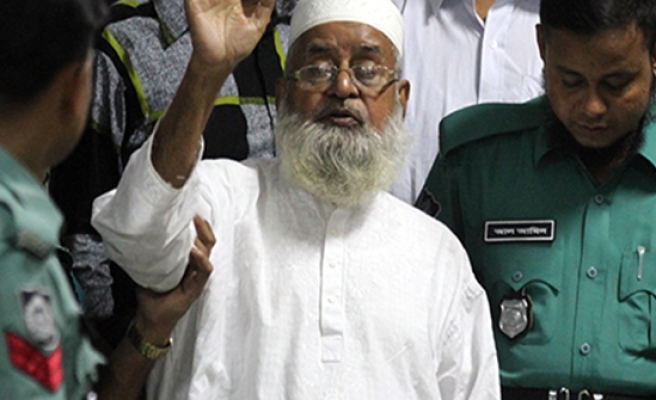 Another Jamaat-i-Islami leader has been sentenced to death in Bangladesh for his crimes against humanity during the country’s 1971 war of independence with Pakistan.

The sentence was handed down by the International Crimes Tribunal, a domestic court investigating war crimes.

Abdus Sobhan was initially charged with nine counts, including murder, genocide, abduction and loot, however, only six of the charges could be proved against him.

Sobhan was the chief of Jamaat-i-Islami's Pabna unit during the 1971 war. He is the ninth top Jamaat leader to get convicted of the crimes.

Abdul Quader Molla, another Jamaat leader, was hanged in December 2013. Mohammad Kamaruzzaman is awaiting the verdict of his appeal against his sentence from the court.

The tribunal has handed down 14 verdicts, seven of which were against current leaders of the Jamaat-i-Islami, two against former members of the party and two others from the main opposition Bangladesh Nationalist Party.

The tribunal was set up in 2009 to investigate and prosecute suspects who committed crimes against humanity, including killings, rape and the destruction of entire villages during the war. According to Bangladesh’s official figure, three million people lost their lives in 1971.

Some international observers and human rights groups have criticized the tribunal, claiming that not all suspects were being given fair trials.