The man told police he had joined the Nusra Front in Syria in September 2013 and fought with the group until last December. 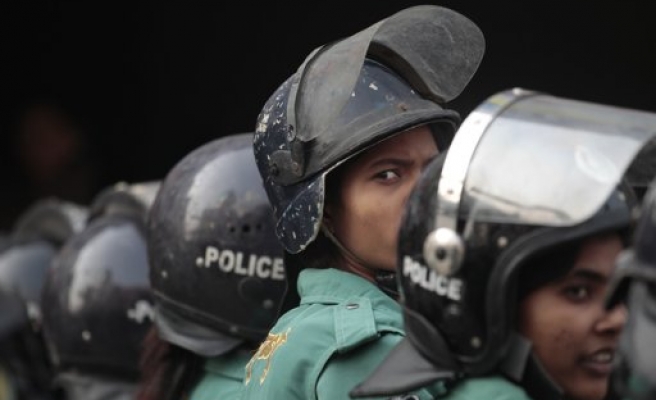 A 24-year-old British citizen has been arrested in Bangladesh on suspicion of recruiting people to fight alongside ISIL (IS) militants in Syria, police said on Monday.

Samiun Rahman, a resident of London, arrived in Bangladesh in February to recruit for both IS and the Nusra Front, Monirul Islam, joint commissioner of the Detective and Criminal Intelligence Division (DCID) said.

"He has plans to recruit and send a team from Bangladesh to fight in Syria," Monirul told a news conference in Dhaka, the South Asian country's capital.

Police said Rahman had confessed to trying to recruit militants, although it was not yet clear if he had been successful. They added that he was also planning to establish a militant network in Bangladesh and neighbouring Myanmar.

IS has seized swathes of territory in Iraq and Syria in recent weeks and now faces U.S.-led air strikes.

Rahman's arrest in Dhaka comes amid growing concerns that IS is trying to pull in new fighters from South and Southeast Asia.

Police said Rahman was born in the United Kingdom, but his parents were from a town northeast of Dhaka.

The man told police he had joined the Nusra Front in Syria in September 2013 and fought with the group until last December.

At some point, Rahman returned to Britain, according to police, though they said he visited other countries to recruit jihadis before arriving in Bangladesh to do the same.

Police said Rahman had connected with a young man in Bangladesh via Facebook before arriving in the country.

Bangladesh has been on alert since the Indian media reported this month that four men, including two engineering students, were arrested in the Indian city of Kolkata trying to make their way to Bangladesh to join an ISIL recruiter there.

Last week, police arrested seven suspected members of the Jamaatul Mujahideen Bangladesh in a Dhaka suburb who said they had also established contact with IS.

The suspects were in possession of materials used to manufacture explosives and planned to attack high-profile individuals, police said.