Bangladesh in final phase to resettle Rohingya to islet 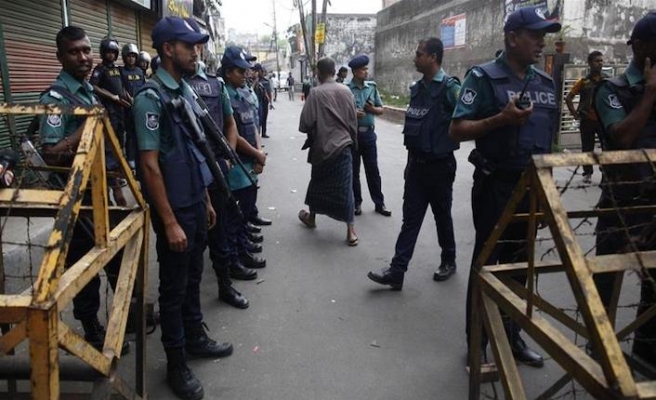 Bangladesh is in the final phase to relocate 100,000 Rohingya refugees to a remote islet amid fears from the Myanmar’s persecuted community that they might be washed away in bad weather conditions.

The Bangladesh Navy’s implementation of the project, under the Prime Minister’s Office at an estimated budget of BDT 23.12 billion (over $280 million), is likely to be completed by 2019.

The budget of the huge project on Bhasan Char island has been fully funded by the Bangladesh government.

The islet, whose name means “floating island”, emerged from the Bay of Bengal in 2006 and is about 30 km (21 miles) from the mainland.

No journalists, workers of non-governmental organizations or any outsiders -- not involved with the project -- are allowed to visit the island.

However, an Anadolu Agency correspondent was able to visit the place very recently using a different channel.

It is seen during the field visit that the construction of almost all 1,440 mega housing settlements has been completed, excluding some external finishing. Every settlement is comprising of 16 rooms, six toilets, four bathrooms and eight gas stoves.

Inside each family room, there are two double-decker single bedsteads that is to say every room has the arrangement of four single beds.

Thus, the total number of such one-family-based room is 23,040 with the bedding facility for 92,160 people.

Each room has been prepared for four-member family. But most of the Rohingya families are comprised of more than four members, including kids and old members.

Every family will have a ceiling fan in their rooms, as well as a gas stove for cooking. This correspondent also observed that roads between the shelters are still under construction.