Bangladesh issued a red alert on Sunday over an outbreak of anthrax which has infected nearly 300 people. 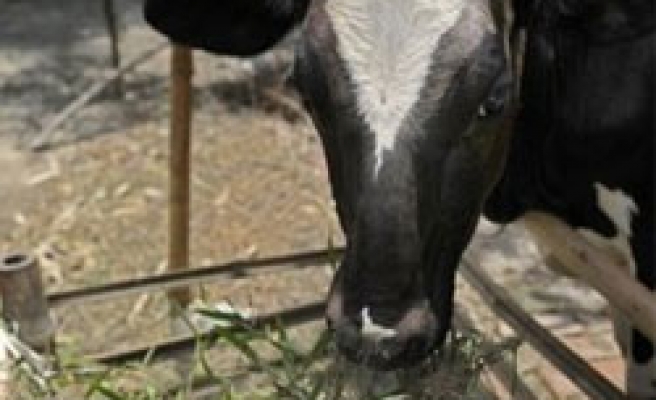 Bangladesh issued a red alert on Sunday over an outbreak of anthrax which has infected nearly 300 people and killed about 150 cattle in the north of the country in the past two weeks.

The outbreak was first detected on August 19 in Sirajganj district, 150 km (90 miles) from the capital Dhaka. The victims fell sick after eating beef from anthrax-affected cattle.

"We have issued a red alert and asked livestock officials, civil surgeons and health workers to fan out to detect sick cows an cull them immediately," Abdul Latif Biswas, minister for fisheries and livestock, told a news conference.

Infected people suffer fever, severe pain and swollen tissues, often with lesions. The disease can be deadly if not treated immediately.

Anthrax commonly infects cattle which ingest or inhale the bacterium while grazing, and can infect people who come into contact with them or consume their meat. But it does not spread from human to human.

Some 500,000 ampoules of cattle vaccine have been distributed in the affected districts, the minister said, adding pharmaceutical companies had been asked to produce more. Carcasses of infected cattle have been buried.