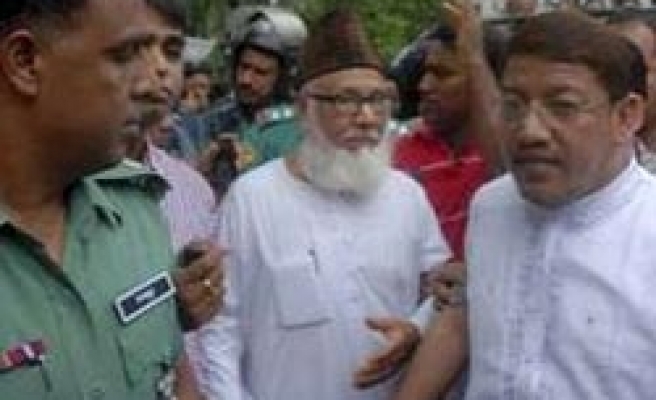 Jamaat denies any of its leaders were involved in war crimes and has dismissed possible war crimes prosecutions as a political witch-hunt.

The warrants targeted four senior leaders of Islamic political party Jamaat-e-Islami, who are accused of collaborating with Pakistan to prevent Bangladesh declaring independence.

"We have gathered significant evidence that these four Jamaat leaders were involved in war crimes during the 1971 liberation war," prosecutor Abdur Rahman Howlader claimed.

Prime Minister Sheikh Hasina, who returned to power in January 2009, pledged to try "war criminals" after polls that ended two years of rule by an army-backed interim authority.

The war began after tens of thousands of people were killed in the capital Dhaka when Pakistan launched Operation Searchlight, a brutal campaign intended to deter Bangladeshis from seeking independence.