Imprisoned AKM Yusuf died while serving a sentence for war crimes on Sunday. 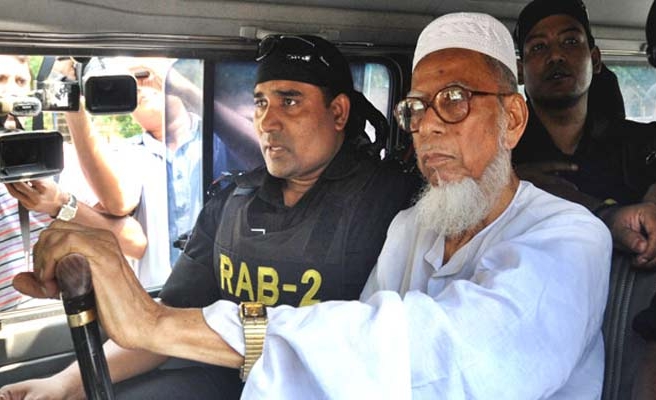 Yusuf was jailed for war crimes in the 1971 liberation war.

Yusuf was taken to the Bangabandhu Sheikh Mujib Medical University (BSMMU) hospital at around 11 a.m. on Sunday, after falling ill in his prison cell at Kashimpur central jail, about 30 km away from Dhaka.

The body of Yusuf has been handed over to his relatives on Sunday afternoon.

Maulana Yusuf’s son in law Dr. Abdul Wahab claimed that his father-in-law did not receive proper treatment at the hospital, after he was taken in on Sunday morning.

However, BSSMU director, Abdul Majid Bhuiyan, said that the team "did everything possible for a heart patient".

Former Minister and Member of Parliament, Yusuf was senior Vice President of Bangladesh’s Jamaat-e-Islami, the largest and leading Islamic party, in Bangladesh.

After the 1971 war, Yusuf was sentenced to life imprisonment, and was released from jail in 1973, after being granted amnesty.

However, in May last year, law enforcers arrested Yusuf after the International Crimes Tribunal (ICT), a domestic court of war crimes, issued a warrant against him, 42 years after the 1971 war.

On August 2013, the International Crimes Tribunal opened to assess the case once again; Yusuf was expected in court on February 12 to hear from the prosecution.