At least seven people have been killed in two separate petrol bomb attacks in Bangladesh in the last 24 hours. 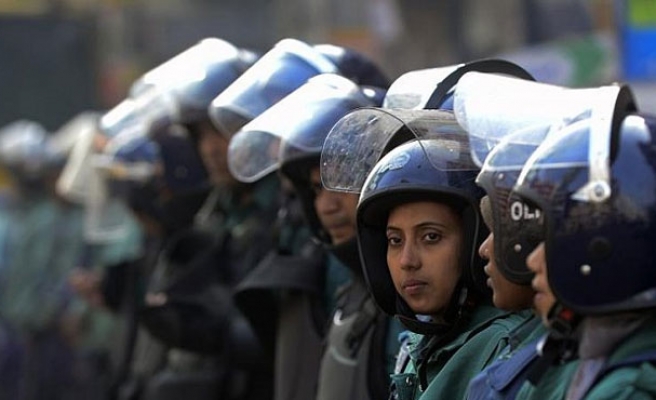 At least seven people have been killed in two separate petrol bomb attacks in Bangladesh in the last 24 hours as the country goes through the opposition’s ongoing nationwide transport blockade.

The truck was reportedly loaded with poultry feed.

In a separate attack, four people, including two children, were killed in northern Bangladesh’s Gaibandha Friday night in another petrol bomb attack on a bus that was heading towards the capital Dhaka with at least 50 passengers on board, police officer Md. Rajiiur Rahman said.

In a similar incident, at least eight people were killed on Feb. 3 in Comilla when a bus coming from Chittagong to Dhaka came under attack.

The government usually puts the blame of such attacks on opposition protesters, who are carrying out a nationwide blockade. The opposition denies its involvement in the deaths.

According to statistics compiled by the local daily Prothom Alo, at least 66 people have been killed in violence in the past one month, mostly in arson attacks on vehicles defying a transport ban. More than 900 vehicles have been set aflame or damaged during the blockade.

Apart from the rolling transport blockade in highways, railways and waterways, the opposition Bangladesh Nationalist Party has called for a 72-hour shutdown.

After the shutdown, the party and its 20-party alliance have called for another long nationwide shutdown to begin on Sunday.

The Bangladesh Nationalist Party has enforced an indefinite transport blockade since Jan. 5 when the government allegedly prevented it from staging protests on the first anniversary of the controversial January 2014 elections.

The opposition claims that police have arrested thousands of their activists since Jan. 5 and also accuses law-enforcement agencies of carrying out extra-judicial killings of their supporters.