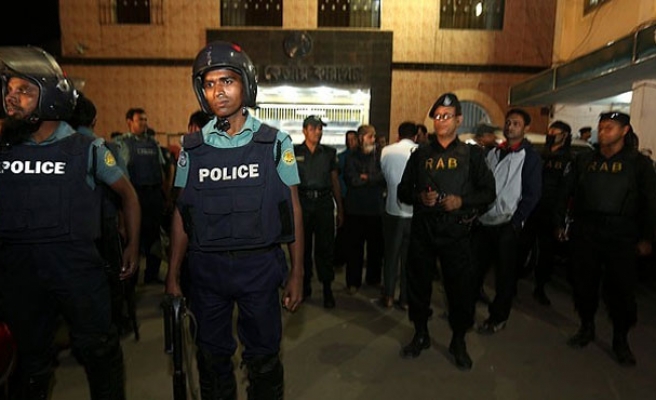 A prominent Bangladeshi academic and other secular writers, bloggers and intellectuals have been given increased security, police said Wednesday, amid fears they could be the next victims of violence blamed on extremists.

Tensions are running high in Bangladesh after suspected hardline extremists hacked to death four secular bloggers and a publisher of secular books this year.

Anisuzzaman, a university professor known for supporting secular writers and who goes by one name, alerted police after receiving a death threat via an anonymous text message, a police spokesman said.

The comments come after a branch of Al-Qaeda allegedly published a hit-list of 34 top Bangladeshi writers, bloggers, actors, secular activists and intellectuals on a little-known website over the weekend.

"They must die. Our all Mujahideen, this is our duty to slash their head," the statement said. Some of those named live in Europe.

"We're trying to find out who posted it and from where," Islam said.

Al-Qaeda in the Indian Sub-Continent (AQIS) has claimed responsibility for the bloggers' murders. The ISIL group said it was behind the recent killings of an Italian aid worker and a Japanese farmer, further stoking concerns of rising extremist violence in the Muslim-majority country.

But the government has denied that ISIL operates inBangladesh and blamed all of the attacks on local militants along with the main opposition party and its extremist ally, accusing them of orchestrating violence to destabilise the country.