In November, more than 20,000 people joined a similar protest against the 1,320 megawatt plant after UNESCO urged Bangladesh to halt construction of the plant. 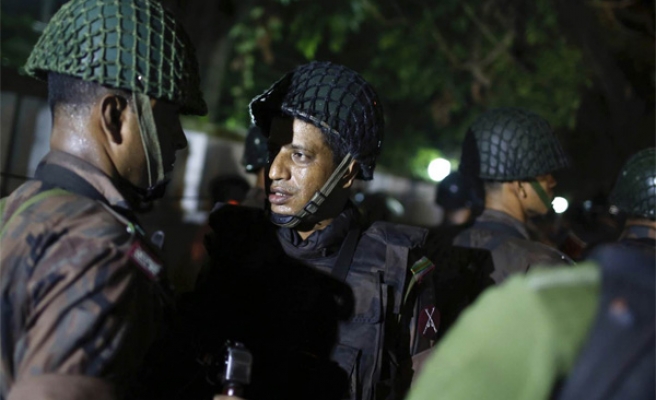 "There were some 200 protesters. We fired tear gas at them after they threw bricks at us. We also used water cannon," Maruf Hossain Sorder, deputy commissioner of Dhaka Metropolitan Police, told AFP.

Local television stations and an AFP correspondent at the scene said police also fired rubber bullets at the protesters. At least four people were injured, according to private Jamuna Television.

Campaigners have been protesting for the last three years against the under-construction plant which is 14 kilometres (nine miles) north of Sundarbans forest, part of which is a UNESCO world heritage site.

Experts from both Bangladesh and India -- part of the forest also lies in eastern India -- say the project could critically damage the unique forest, which is home to endangered Bengal tigers and Irrawaddy dolphins.

UNESCO said there was a high chance pollution from the plant would "irreversibly damage" the Sundarbans which acts as a barrier against storm surges and cyclones that have killed thousands in impoverished coastal villages.

Bangladeshi Prime Minister Sheikh Hasina has defended the project and rejected concerns about it as politically motivated. She said the plant was needed to provide power to the impoverished south.

The website of the mass circulation Bengali daily Prothom Alo said protest marches were also held in other key areas in the capital although there were no reports of any violence.