A three-judge panel in Dhaka, have ruled that Obaidul Haque Taher and Ataur Rahman Noni were involved in the deaths of seven people. 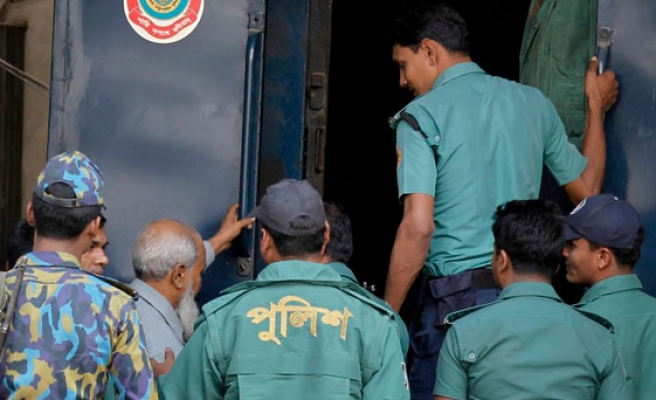 Lawyers for 66-year-old Obaidul Haque and Ataur Rahman, 62, immediately announced that they would seek to overturn the ruling by the International Crimes Tribunal.

It has so far convicted two dozen people of atrocities in the brutal conflict, in which what was then East Pakistan broke away from the rest of the country to become Bangladesh.

Both men were convicted of killing seven people and raping a woman in the northern district of Netrokona and of torturing six others to death after abducting them.

A total of 23 prosecution witnesses had testified against the pair since charges were laid against them last year.

Prosecutors had told the tribunal that Haque was not only one of the leaders of a pro-Pakistani political party in 1971 but also a head of a militia group behind a series of brutal attacks on civilians.

Rahman was accused by witnesses of being a member of the same militia.

"We will challenge the verdict with the Supreme Court and hope our clients will be proved not guilty and be acquitted," defence lawyer Gazi Tamim told reporters after the sentence was handed down.

Twenty-four people have so far been convicted of war crimes by the tribunal, a domestic court which lacks international oversight.

Most of them were senior figures in Jamaat-e-Islami, the country's largest party. Three of the Jamaat leaders have so far been executed, along with a senior leader of the main opposition Bangladesh Nationalist Party.

Previous convictions and sentences from the tribunal have triggered deadly violence, with some 500 people killed, mainly in clashes between opposition activists and police over the last three years.

The government of Prime Minister Sheikh Hasina maintains the trials are needed to heal the wounds of the conflict. But the opposition say they are an attempt to eradicate its leadership.