Bangladesh sentences another lawmaker to death

The 64-year-old opponent was charged with killing some 200 civilians and collaborating withPakistan's army to kill and torture unarmed people. 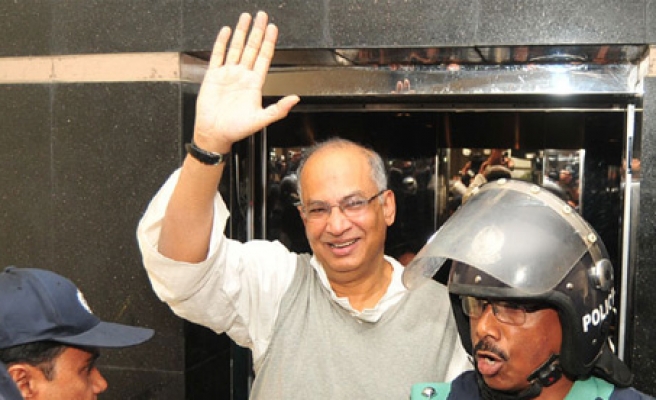 Bangladesh's war crimes tribunal sentenced a senior opposition leader and lawmaker to death on Tuesday in the seventh such verdict by the body set up to probe abuses during the country's bloody struggle for independence.

Salauddin Quader Chowdhury, a legislator from the main opposition Bangladesh Nationalist Party (BNP), was found guilty of torture, rape and genocide during the war for independence from Pakistan in 1971.

The process has been denounced by opposition parties as politically motivated ahead of polls due by January and more than 100 people have been killed in protests against the war crimes verdicts since the start of this year.

The 64-year-old Chowdhury was charged with killing some 200 civilians and collaborating withPakistan's army to kill and torture unarmed people, as well as other crimes.

Bangladesh deployed security forces in the capital, Dhaka, and in Chowdhury's home city ahead of the verdict.