Sayedee, 73, appealed against the decision by a war crimes tribunal and the top court ordered that he spend the rest of his life in prison. 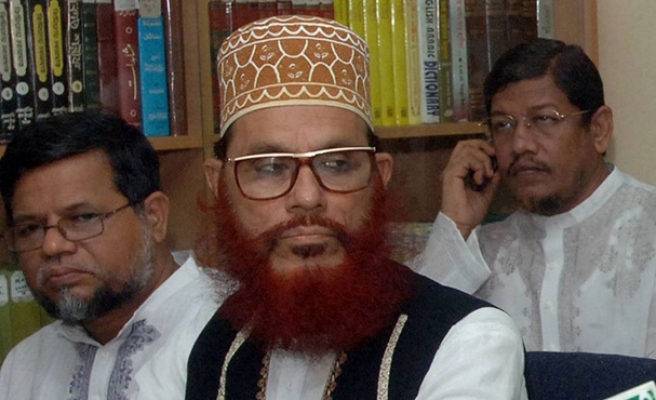 Bangladesh's Supreme Court on Wednesday commuted to life imprisonment a death sentence handed to a top Jamaat-e-Islami leader convicted of war crimes during the country's war of liberation in 1971, the prosecution said.

The initial verdict last year against Delawar Hossain Sayedee, a leader of the country's main party, the Jamaat-e-Islami, had sparked off violent protests in which 60 people were killed.

Sayedee, 73, appealed against the decision by a war crimes tribunal and the top court on Wednesday ordered that he spend the rest of his life in prison.

It was a sad day for Bangladesh, Attorney General Mahbubey Alam told reporters.

Sayedee's lawyer, Khandaker Mahbub Hossain, said he would seek a review of the verdict, but Attorney General Mahbubey Alam ruled this out.

"The trial has been conducted under a special law, so there is no room for review of the final judgment," he told Reuters.

Sayedee's party called for 24-hour strikes on Thursday and Sunday in protest.

Wednesday's decision sparked a brief demonstration by a group of freedom fighters that police dispersed with tear gas and water cannon, injuring several of the protesters.

In the northern district of Rajshahi, more than a dozen Jamaat protesters were arrested after clashes with police.

Bangladesh was formerly East Pakistan, at the end of British colonial rule in 1947. It broke away to form an independent nation after a war in 1971 between Bangladeshi nationalists, backed by India, and Pakistani forces.

About three million people were killed in the war.

Some factions in Bangladesh opposed the break-up with Pakistan, and Sayedee's grouping, the Jamaat-e-Islami, was among them. Its leaders have denied involvement in war crimes.

Ahead of Wednesday's decision, Bangladesh beefed up police patrols around the Supreme Court building in the capital, Dhaka, and deployed paramilitary troops in Sayedee's southern hometown.

The war crimes tribunals called as politically motivated attempt by Prime Minister Sheikh Hasina to persecute the leadership of Jamaat-e-Islami, a key part of the opposition coalition.