Bangladeshi opposition lashes out at death verdict for Matiur Rahman

Opposition leader and acting ameer, Maqbul Ahmed, accused the government of arranging a farcical trial and called it "false" and "baseless". 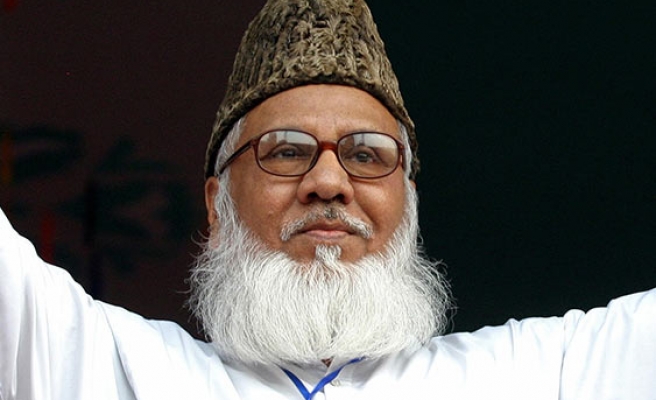 The guilty verdict in Thursday's trial of Matiur Rahman Nizami, head of Bangladesh's main Islamist party, is slammed by opposition leader and acting ameer, Maqbul Ahmed as a 'farce'.
A Bangladeshi court Thursday sentenced Nizami and 13 others to death over the case involving 10 trucks of arms seized in 2004 in the southern city of Chittagong.

Ahmed accused the government of arranging a farcical trial and called it "false" and "baseless" according to "its blue print design" in order to destroy the judiciary of the country. He called for protests against what he says government’s conspiracy to destroy patriotic leadership.

“The government had filed a false and baseless case against Nizami just to attain its ill political interest," said Ahmed. "This case is nothing but a conspiracy of the government to make the country leaderless by killing the patriotic leader of the nation."

Ahmed said Nizami was not included in the ‘First Investigation Report’ (FIR) of the case submitted in 2004.

"The charge sheet was submitted for a second time implicating Maulana Matiur Rahman Nizami. On the basis of this fabricated charge sheet, the government arranged a farce in the name of trial," he added.

Stating that it was an "unprecedented" verdict he said Maulana Nizami was deprived of justice.

"We will face the government sponsored conspiracy both legally and politically," he said.

He said that it was impossible to convict Nizami adding "the case will go to the High Court as an appeal hearing and such an appeal usually takes years."
Last Mod: 31 Ocak 2014, 13:57
Add Comment