Zahid Hussain Khokon sentenced to death for war crimes despite not being present during trial. 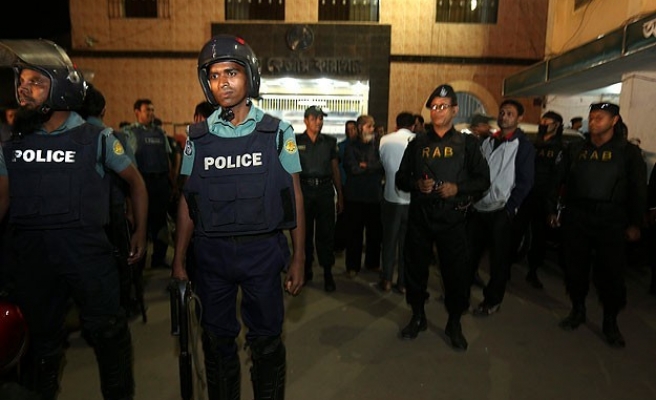 A politician from the opposition Bangladesh National Party has been sentenced to death for war crimes on Thursday.

Zahid Hussain Khokon, who was not present at any stage of his trial, was given the sentence by the International Crimes Tribunal, a domestic court investigating alleged war crimes committed during Bangladesh's 1971 independence war with Pakistan.

He was found guilty of 10 charges including involvement in murder, arson, rape and looting.

Hussain is believed to be living in Sweden which does not have an extradition treaty with Bangladesh.

"We will try our best to bring him back as per our procedure," national police chief Hassan Mahmood Khandker told Reuters, without elaborating.

Last November, two Jamaat leaders, one an American citizen and one a British citizen, were sentenced to death for war crimes in absentia. Neither has yet been brought back to Bangladesh.

At the time of the war, Khokon was a member of the Jamaat-e-Islami party, whose leading figures have been the focus of the war crimes tribunal.

A series of Jamaat-e-Islami officials have been sentenced to death by the tribunal in the past two weeks, leading the party to call several nationwide strikes.

Among those sentenced were party leader Motiur Rahman Nizami, who is awaiting an appeal, and Mohammad Kamaruzzaman who had an appeal rejected.

Kamaruzzaman's lawyers have called for a review of the case, delaying his expected execution at Dhaka Central Jail.

Human Rights Watch issued an appeal to the Bangladeshi government last week, calling for a halt to the executions of those accused of war crimes.

“Human Rights Watch has long supported justice and accountability for the horrific crimes that occurred in 1971, but we have also stated repeatedly that these trials must meet international fair trial standards,"  the organization's Asia director, Brad Adams, said in a statement released Sunday.

"The death penalty is irreversible and cruel, and Bangladesh needs to get rid of it once and for all,” he added.

Violent protests over a series of war crimes trials are one of the main challenges facing Prime Minister Sheikh Hasina, who opened the inquiry in 2010.

A politician was hanged in December, the first war crimes execution in Bangladesh, after the Supreme Court overturned a life sentence imposed by the tribunal.