Liang Ke, director of the Beijing Municipal Bureau of State Security, was taken into custody last month by the anti-corruption watchdog 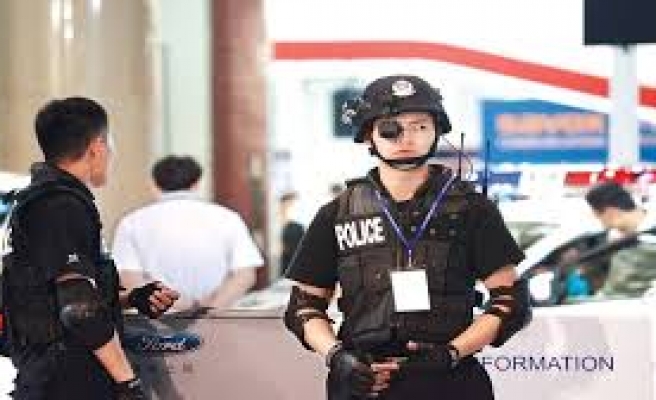 China has detained the head of Beijing's state security bureau as part of a wider investigation into powerful ex-domestic security chief Zhou Yongkang, the New York Times said on Saturday.

Liang Ke, director of the Beijing Municipal Bureau of State Security, was taken into custody last month by the anti-corruption watchdog, the Central Commission for Discipline Inspection, sources told the newspaper.

State media on Friday announced that Liang had been replaced, but gave no reason for the move or other details.

Sources told Reuters last month that investigators had questioned more than a dozen senior officials, including the country's top prosecutor, about their links to Zhou.

President Xi Jinping has launched a sweeping crackdown on corruption since taking power, warning that the problem is a threat to the Communist Party's very survival.

The newspaper said the investigation into Liang was in connection with allegations of corruption and his dealing with Zhou, 71, who is the most senior Chinese politician to be caught up in a graft scandal since the Communist Party swept to power in 1949.

"The official message sent down was that Liang Ke was suspected of corruption," one of the sources, identified only as a former security official, told the paper. "But as well, Liang Ke was detained because he is suspected of assisting Zhou Yongkang beyond approved means and channels."

Reuters reported in early December that Zhou had been placed under virtual house arrest while the party investigated accusations of corruption against him.

Zhou was a member of the party's Politburo Standing Committee - the apex of power - and held the immensely powerful post of security tsar until he retired in 2012. The government has not yet announced an official investigation into him.

The investigation into Zhou has been gaining traction, with a number of close allies coming under scrutiny. Ji Wenlin, one of his former aides, is being investigated for corruption, the anti-graft watchdog said this week.

Several of Zhou's political allies are being investigated, including former Vice Minister of Public Security Li Dongsheng and Jiang Jiemin, the top regulator of state-owned enterprises for just five months until September.

It remains unclear if China's leaders will actually put Zhou on trial and risk possibly embarrassing revelations about the elite becoming public, undermining confidence in the party.

Zhou was a patron of former high-flying politician Bo Xilai, who was jailed for life in September for corruption and abuse of power in the most serious political scandal since the 1976 downfall of the Gang of Four led by the widow of former leader Mao Zedong at the end of the Cultural Revolution.

Zhou retired in 2012. He was last seen at an alumni celebration at the China University of Petroleum on Oct. 1.