A blast targeting a bus full of Pakistani policemen killed 11 on Thursday. 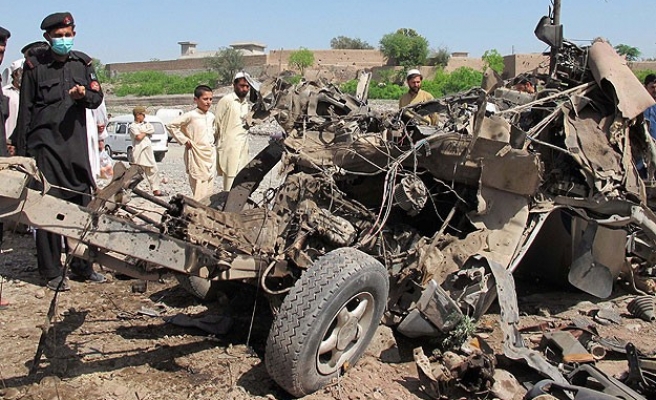 An explosion targeting a bus full of Pakistani policemen killed 11 and injured 33 near the southern port city of Karachi on Thursday, officials said.

Many of the wounded policemen were badly hurt and in critical condition, said Dr. Seemin Jamali, head of the emergency department at the city's Jinnah Medical Center.

It was unclear whether the blast was set off by a suicide bomber or a roadside bomb, said senior police officer Rao Anwar.

The bombing follows an attack on the home of a slain policemen that killed nine members of a pro-government militia on Wednesday, and a grenade attack on a cinema on Tuesday that killed 13.

Both attacks were in the northern city of Peshawar.