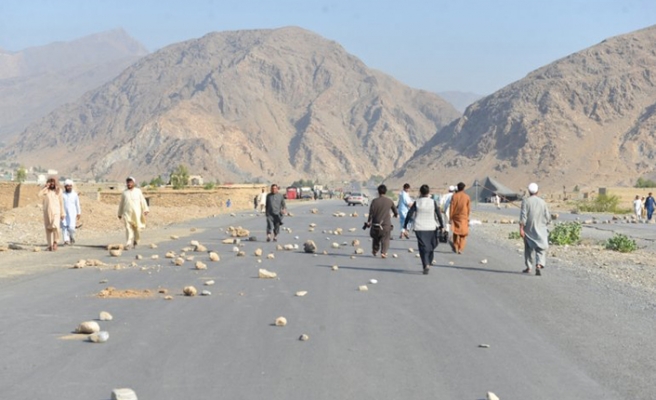 At least 13 people were killed and more than 30 wounded in a blast at an electoral rally in Afghanistan, officials confirmed on Saturday.Khalil Aseer, police spokesman in the northern Takhar province, told Anadolu Agency the incident took place in the Rustaq district.

According to Aseer, explosives hidden in a motorcycle caused the blast in the afternoon at the electoral rally of a female candidate, Nazifa Yousufi Bek, for the forthcoming Wolesi Jirga (lower house) elections.

The candidate was not harmed.There has been no immediate claim of responsibility for the attack. The Taliban have warned Afghans against taking part in the election process.Four days ago, a candidate for the forthcoming elections and eight of his supporters were killed in a suicide attack in southern Helmand province.

And, last week, 13 people were killed and more than 20 wounded in a similar attack in the Nangarhar province.

The UN Assistance Mission in Afghanistan (UNAMA) has expressed concern about the level of violence during the campaign.

Afghans are set to vote in elections on Oct. 20.