A group claimed Tuesday that a suicide bomber blew himself up on a Japanese oil tanker in the Strait of Hormuz last week. 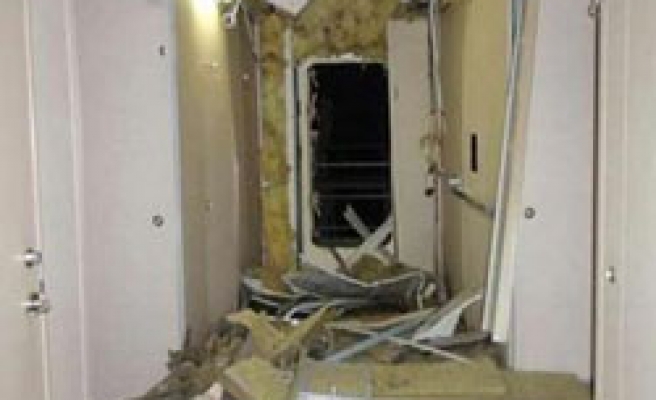 A group claimed Tuesday that a suicide bomber blew himself up on a Japanese oil tanker in the Strait of Hormuz last week.

Mitsui OSK Lines had previously reported that one of its tankers, the M Star, appeared to have been hit by an explosion July 28 in the waterway between Iran and Oman.

The Brigades of Abdullah Azzam claimed in a message on websites that it had placed a suicide bomber on the tanker, identifying him as Ayyub al-Taishan.

Independent verification of the claim was not immediately available.

Mitsui OSK Lines officials had said crew members saw a flash and heard an explosion in the incident shortly after midnight local time a week ago.

One crewman was slightly injured in the explosion, which caused minor damage to the ship, including an indentation several meters across in the hull, according to pictures published by state-run UAE news agency WAM.

Mitsui had dismissed reports it might have been hit by a freak wave.

One of the crew saw a flash on the horizon, while several other sailors heard an explosion, Hibino said, adding that the weather was fine and there were no reports of high waves in the region.

The ship arrived under its own steam in United Arab Emirates for repairs, and the company hired a Dubai-based specialist last week to investigate what had damaged the 333 metre-long M.Star.

The Strait of Hormuz, less than 100 kilometres (60 miles) wide at its widest point, separates Oman from Iran and is the gateway into the oil-rich Gulf.

Japan, the world's second biggest economy, sources some 90 percent of its oil from the Middle East, much of it from the Gulf.

The oil market ignored the incident last Wednesday, with oil prices easing in response to news that U.S. oil inventories had risen.

Traffic near the busy Strait was not disrupted and the tanker diverted to a UAE port where it is being examined.

"They could be claiming this to try to get the global spotlight to seem bigger than they really are," said Theodore Karasik, a security analyst at Dubai-based group INEGMA.

Abdullah Azzam Brigades has previously taken responsibility for attacks that other groups have claimed.