A bomb went off at an anti-government protest site in central Bangkok. 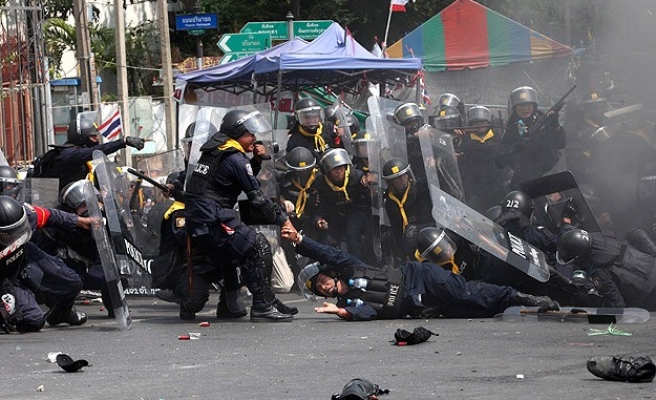 A bomb wounded at least 16 people at an anti-government protest site in central Bangkok on Sunday, hospital authorities said, hours after government supporters vowed to "deal with" the protesters.

"A bomb went off in front of the Big C supermarket in Ratchaprasong. At the moment we know that at least eight people were injured but we have no idea how severe the injuries are," Thai national security chief Paradorn Pattanathabutr told Reuters.

The Erawan Medical Center, which monitors Bangkok hospitals, said at least 16 people had been injured in the blast.

Supporters of Thai Prime Minister Yingluck Shinawatra promised on Sunday to get tough with anti-government protesters paralysing parts of Bangkok, raising tension in a protracted crisis.