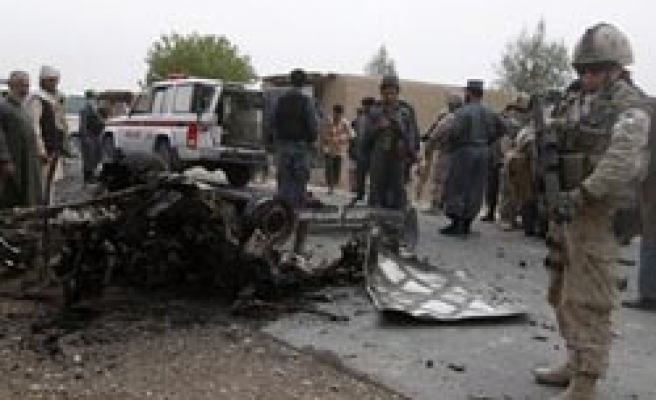 The bomber was on foot and the target seemed to have been a vehicle carrying a district chief and bodyguards in the volatile province, the official said. The district chief escaped unhurt, but four pedestrians died in the blast, he said.