A campaign of civil disobedience threatens to shut down the city's financial district later in the summer unless a meaningful democratic plan is introduced by the government. 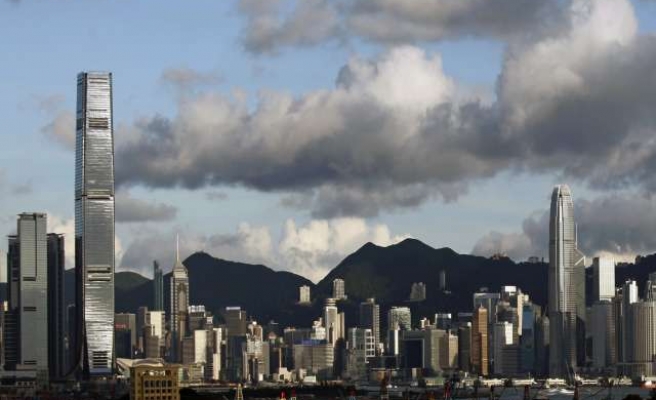 A British government report on Hong Kong expresses "serious concerns" about press freedom and self-censorship in its former colony and about reports that leading British banks had pulled advertising from a local pro-democracy newspaper.

The six-monthly report, presented by Foreign Secretary William Hague to the British parliament on Thursday, is more explicit than London's recent summaries, reflecting rising tensions over democratic reform in the Asian financial hub.

"We believe that freedom of expression, including of the press, has played an important part in Hong Kong's success," the report, made available by the British Consulate General in Hong Kong, said.

"As such we take seriously concerns about press freedom, including fears about self-censorship," it adds, saying London would monitor the situation closely and noting Hong Kong leader Leung Chun-ying's "clear statements on press freedom".

It details a series of recent incidents, including the stabbing in February of Kevin Lau, the former chief editor of a leading local newspaper, Ming Pao. It also notes media reports that London-based banks HSBC and Standard Chartered were among institutions that had pulled adverts from the popular Apple Daily tabloid "in response to political pressure".

Both banks, asked in London for comment, said any changes made in their advertising would be for commercial reasons.

"The bank's selection of marketing format and channel is commercial and linked to target market and customer segment,' an HSBC spokeswoman said.

Earlier this week, HSBC cut its rating for Hong Kong equities to underweight from netural, saying a campaign for greater democracy in the Asian financial centre could sour relations with China and hurt the city's economy. The move was not mentioned in Thursday's report.

Hong Kong is now locked in an intensifying political debate over its democratic future as the government decides how to implement Beijing's promises of a city-wide vote for its next leader in 2017.

Beijing officials are insisting that candidates can only be nominated by a special committee, but democracy activists are insisting the public must be able to select politicians for the ballot, fearing leading democrats will be otherwise screened out.

A campaign of civil disobedience threatens to shut down the city's financial district later in the summer unless a meaningful democratic plan is introduced by the government.

In the foreword to the report, Hague said there was "no perfect model" but it was important for Hong Kong people to have a "genuine choice and feel that they have a real stake in the outcome."

Chinese officials have repeatedly bristled at British comments on Hong Kong's democratic development and a recent White Paper issued by China's cabinet warned against 'foreign forces' meddling in the city.

Britain handed Hong Kong back to China in 1997 under a 1984 agreement that provided for Hong Kong to keep its wide-ranging freedoms and automony under the "one country, two systems" model. The city had never been fully democratic during 150 years of British colonial rule, however.

Hague said that the "one country, two systems" concept continued to work well generally and that rights and freedoms enshrined in the agreement continued to be upheld.