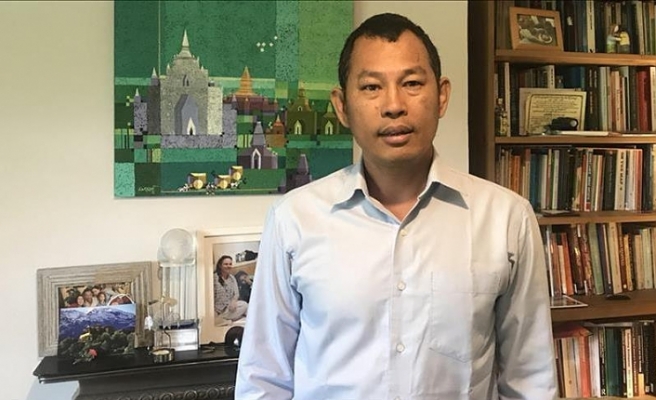 Bangladesh needs to form a broader international alliance to resolve the issue of roughly 1 million Rohingya refugees in the country, a rights activist and political dissident from Myanmar has said.

In an interview with Anadolu Agency on Global Genocide Day, Maung Zarni said four regional powers plus Israel either support or protect Myanmar’s genocide against the Rohingya Muslim minority group in the western Rakhine state.

"No genocide is ever committed by a single nation state. Whenever genocide is committed there has always been coalition of friends that either supports the criminal regime or that protects the regime,” he said.

Russia, China, India, Japan and Israel have both economic and military interests in Myanmar, according to Zarni, and this lends silent support to Myanmar at the international forums.

The genocide in Myanmar is committed "with the collaboration, complicity and support of" these states, he added, suggesting that a "counter alliance" against these states is crucial to resolve issues such as their safe repatriation.

According to Amnesty International, more than 750,000 Rohingya refugees, mostly children and women, fled Myanmar and crossed into Bangladesh after Myanmar forces launched a crackdown on the minority Muslim community.

He suggested the Bangladesh government to mobilize the international community by organizing a wider international conference in Dhaka to determine the future of the Rohingya.

Zarni went on to say that Dhaka should form an “alternative alliance” along with Latin and North American states, EU, the Organization of Islamic Cooperation, and other countries that oppose the Rohingya genocide at the UN Human Rights Council.