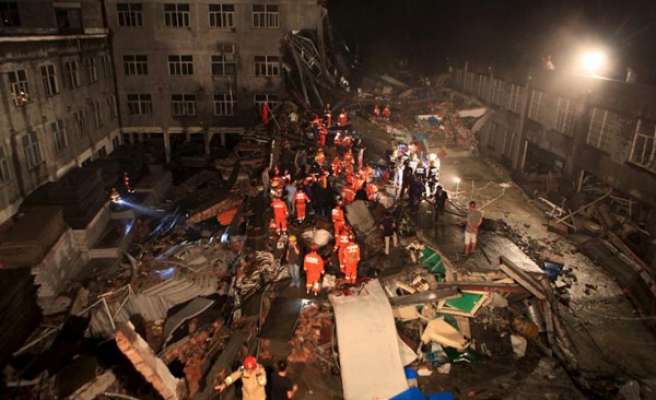 Rescue work is continuing after a building collapsed in central China, killing 17 people and injuring 23.

State news agency Xinhua reported Saturday that construction workers in Henan Province were attempting to lift the structure from its foundations at the time it fell.

Rescuers are working to dig up dozens of workers caught under the rubble, Xinhua said, quoting an unnamed local government spokesperson.

The causes of the accident at the two-story house, built in the 1990s in Beiwudu Town, Wuyang County, are as yet unknown.

Nine workers are reported to still be in a serious condition.