Call for probe on 'army shooting' of Myanmar schoolgirl 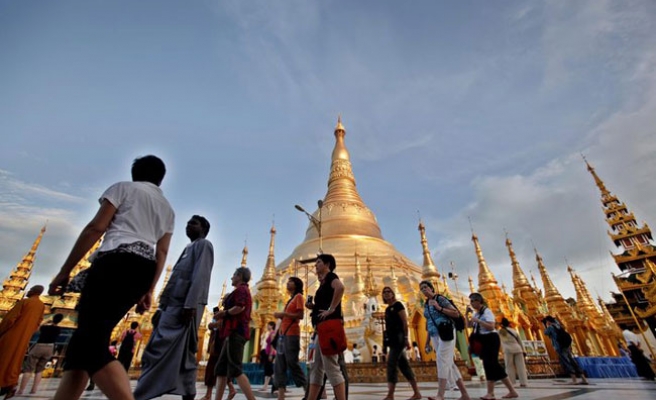 Myanmar’s military should be investigated over claims that soldiers shot dead a 14-year-old schoolgirl at close range two years ago, a rights group demanded Saturday.

Ja Seng Ing was killed as she walked to school in the village of Hpakant in northern Kachin state in September 2012. Witnesses cited in a report by the Ja Seng Ing Truth Finding Committee said there was "indiscriminate gunfire" in the village at the time of her death.

She was dressed in the distinctive green and white school uniform worn by all schoolchildren in Myanmar when soldiers fired on her and her friends, local media reported.

Myanmar’s army said the girl was killed by a mine laid by rebel troops and is seeking to have her father, Brang Shawng, jailed for up to two years for falsely accusing the military of her killing.

He was taken to court after he wrote to Myanmar’s National Human Rights Commission and President Thein Sein about the killing.

The committee’s 42-page report draws on eyewitness testimony and an “investigation of the alleged crime scene.”

Government troops have been fighting the Kachin Independence Army in the mountainous state since a 17-year ceasefire broke down in 2011.

In 2011, Myanmar began a series of democratic reforms after the military junta stepped aside for a regime staffed by retired generals. The military itself, though, has remained largely untouched by the reform process.

The fighting in Kachin has led to widespread accusations of human rights abuses by government soldiers, including the shelling of civilians and torture.