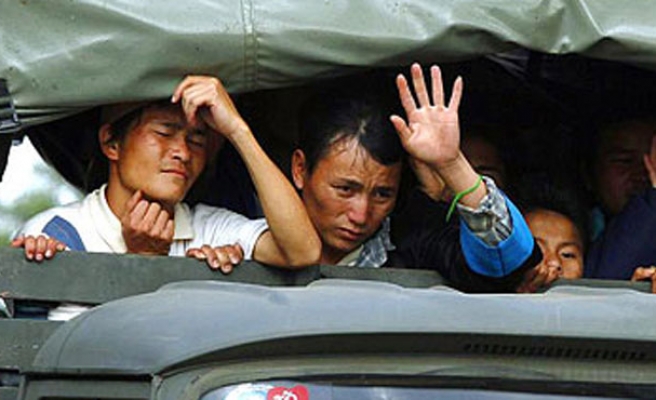 Cambodian authorities appear to have deported a group of ethnic minority Vietnamese after refusing to recognize them as a religious group that claims it is being persecuted in Vietnam.

The Phnom Penh Post said eight Vietnamese Jarai -- many of whom are members of the "persecuted" Christian Montagnard group -- were arrested and sent back Saturday after crossing into Cambodia in search of a relative.

The Post cited a statement on the national Police website, which described the group as ranging in age from 15 to 69. The report also quoted a local police chief in Ratanakiri province, which borders Vietnam, as saying that the group was not Montagnard asylum seekers.

The relative allegedly crossed over the border to visit friends before becoming too drunk to return home, prompting the group to search for him, the Post article said.

The UN Office of the High Commissioner for Human Rights (OHCHR) representative in Cambodia referred to those deported over the weekend as Montagnards.

"There is conflicting information regarding the seven Montagnards who were deported over the weekend," Wan-Hea Lee told The Anadolu Agency.

"We have asked but have received no official confirmation about the circumstances of their deportation."

Montagnards hail from the Central Highlands of Vietnam, and are made up of a number of tribes including the Jarai.

They claim they are harassed and threatened in Vietnam, where their churches have been burned down, and large numbers have sought asylum in Cambodia over the past few years.

In November, a group of 13 Montagnards crossed into Ratanakiri, where they hid out in the jungle for several weeks until an UN team was able to make contact with them.

They are now in Phnom Penh having their applications for asylum assessed by the immigration department.

Earlier this month, a group of five Montagnards crossed over and also hid in the jungle, only to be joined shortly after by nine others.

This group remains in hiding, despite a search by local authorities.

"The processing of the Montagnards who were brought to Phnom Penh in December is in the hands of the Refugee Department," Lee said, explaining that the UN’s High Commissioner for Refugees is best placed to comment on the issue as it is working closely with the department.

"We have no new update concerning the Montagnards in Ratanakiri," she added.

"We continue to seek the cooperation of the Ministry of Interior regarding a course of action.''