Cambodia PM warns Muslims of danger of return to past 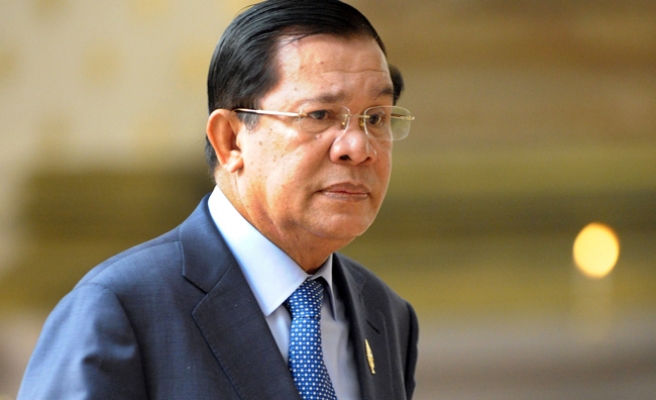 Cambodia's leader has warned the country's Muslim population of a dangerous return to the past if they don't vote for his political party, in what has been seen as a very early move to court the Cham vote as he prepares for elections.

The Facebook post is the second time this month that Prime Minister Hun Sen has evoked the purges of the Khmer Rouge in an effort to demonise political opposition.

“Dear Cambodian Muslim Community” Sen's Khmer and English post opens, in which he advises Muslims to help support the long-standing government and ignore promises of change by another unnamed political party.

“We all remember well from the ‘Khmer Rouge's Propaganda of Revolutionary Changes’ more than 30 years ago, which resulted in an almost complete disappearance of Cambodian Muslims from the country,” he wrote.

“However, after Cambodia was liberated from that brutal regime, the Government has provided all means and support to strengthen Cambodian Muslim communities across the country, so they have equal opportunity to develop their family and enjoy religious beliefs without any discrimination.”

The country's Khmer Rouge tribunal is currently focusing on charges of genocide levelled against the two most senior surviving members of the regime’s leadership structure.

In those hearings, Cham Muslims have testified that their people were rounded up and marched to their deaths, Qurans were burned and people were forced to cut their hair and eat pork.

He said that Rainsy would go after businesspeople in the way the Khmer Rouge targeted the wealthy and intellectuals from the previous Lon Nol regime.

Although the next national election is not until 2018, the CNRP has been courting the Cham vote -- which has traditionally gone overwhelmingly to the ruling Cambodian People’s Party -- this year.

In September, Rainsy visited a Cham community in Kompong Chhnang province, vowing to tackle land disputes affecting Muslims around the country if he gets into office in the next election.

Although Sen did not mention the CNRP in his letter, the implications were clear in his threat about a change in government, and he used the toppling of governments in the Middle East as a warning.

“At this moment, all Cambodian Muslim brothers and sisters should again be aware of inciting propaganda from a political party to galvanize change similar to the Khmer Rouge’s propaganda in the past,” he said.

“As we all can see from our own eyes about the changes that happening in the Middle East now. It has been dragging countries and people to wars and destruction."

"For sure, it has changed from rich to poor, from having mosques to no mosque, from having school to no schools, from having a home to homeless by living in tents along the border camps and running from war almost every day with misery," Sen added.

"We don’t need these types of changes in our country."

However, before Sen defected and fled to Vietnam, he himself was deputy commander of Battallion 55 in what the Khmer Rouge referred to as Sector 21 in the Eastern Zone -- a battalion that is alleged to have been involved in crushing a rebellion mounted by Cham Muslims in the area in 1975.

“If we compare this to changing a car tire, we change one if it is broken or does not work,” Kimri told the Daily. “If it is already in good shape, why change it? If we change it and we get a bad one, there could be problems.”

CNRP spokesman Yim Sovann could not be reached.