Prior to decison virtually all TV stations owned or influenced by ruling party. 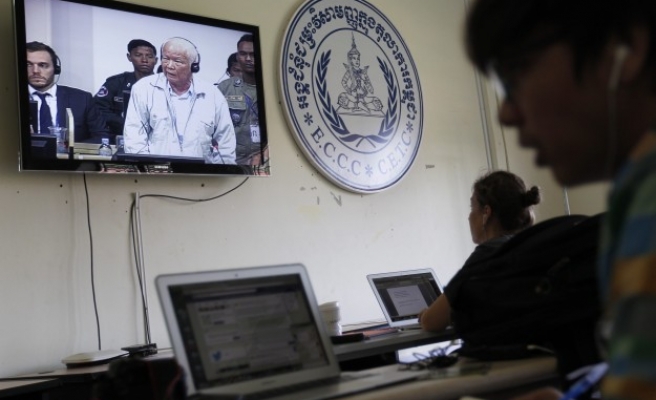 Cambodia’s opposition party has been granted a much sought-after analog TV license - part of a deal that brought an end to an almost yearlong dispute with the government over the 2013 elections.

The offer comes the day after the opposition announced disappointment at the offer of a digital license - useless until the country makes the transition to digital in four years.

The country’s ruling Cambodian People’s Party (CPP) dominates the analog TV and radio airwaves, along with other channels and stations that are pro-CPP.

But on Friday afternoon, Cambodia National Rescue Party (CNRP) President Sam Rainsy met with Prime Minister Hun Sen, who said the government would grant the opposition the analog TV and radio license, which could then be converted to digital when the time comes.

The guarantee of a license was part of a deal brokered on July 22 that brought an end to the deadlock between the parties over the disputed outcome of the elections.

The opposition, however, frowned upon the offer of a digital license.

Speaking to The Anadolu Agency on Friday evening, CNRP spokesman Yim Sovann said the move would bring about a “positive change in Cambodian society,” where TV and radio networks have long been dominated by the ruling party and its affiliates.

“In Cambodian history, the opposition has never had a radio or TV station. I think that we will advise private companies to produce programs that are very professional,” he said.

“We will bring reality to the people, tell them the truth and we will have a code of ethics for journalists. We will provide educational, healthcare and entertainment programs, but the politics must be neutral,” he added.

Asked why he thought there had been an about turn from the government, he said it did not come as much of a surprise, because it was guaranteed in the deal to end the deadlock.

Earlier Friday, Moeun Chhean Nariddh, director of the Cambodian Institute of Media Studies, called foul on the digital decision, telling AA that the government had long made a habit of turning down opposition or civil society groups seeking licenses, only to grant them instead to the powerful and well-connected.

“Civil society organizations have also long requested to start their own radio and TV stations, but they have been denied by the government on the pretext that there were no frequencies left," he said.

"But following the denial, private companies or businessmen aligned with the ruling party started to open their own TV stations.”

He said that the refusal to grant the opposition a frequency is because they might see it as a threat to their dominance.

In addition to the state-run TVK are stations such as Bayon TV, which is privately owned by Hun Mana, the sister of Prime Minister Hun Sen.

“Virtually all are owned or influenced by the ruling party, as well as most radio,” added Narridh.