In 2002, China cancelled Cambodia's debts from the 1970s and in April it signed investment deals with its closest Southeast Asian ally worth an estimated $850 million. 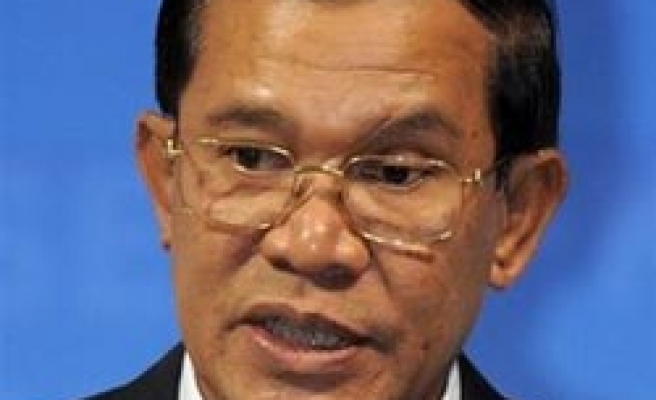 Hun Sen, who will meet Obama in New York on Wednesday, rejected a U.S. plan to reschedule payments of an estimated $317 million, a debt he said was incurred by a government that came to power in a 1970 coup backed by Washington.

"The debt Cambodia owes the United States from 1970 to 1975 is judged as dirty debt, so please cancel it," Hun Sen said during the opening of a new bridge in Kandal province.

"How can we pay back this dirty debt? Even banks would cancel this," he added.

U.S. agricultural development loans were given to the government of Lon Nol after it came to power in the 1970 putsch. Cambodia and several U.S. congressmen have argued the money was spent on arms, which were ultimately used on its own people.

Lon Nol was toppled in 1975 by the ultra-Maoist Khmer Rouge regime, under which an estimated 1.7 million people died in less than four years, plunging Cambodia into decades of poverty and political instability.

Analysts, however, believe Washington's refusal to make any concessions is more to do with geopolitics, stemming from Cambodia's close political and economic ties with China, its biggest source of aid and investment.

In 2002, China cancelled Cambodia's debts from the 1970s and in April it signed investment deals with its closest Southeast Asian ally worth an estimated $850 million.

That deal was agreed during a visit to Phnom Penh by Chinese Vice-President Xi Jinping. Days ahead of his arrival, Cambodia deported a group of asylum-seeking Uighur Muslims back to China, despite U.S. concern they would be persecuted upon their return.

Uighurs are a Turkic-speaking people native to what they "East Turkestan" region where many residents suffer under rule from Beijing and restrictions on their language, culture and religion.

The United States responded by halting shipments of about 200 of its surplus army trucks and trailers to Cambodia and has since suspended military aid.