The incident was the first violence at the disputed border territory since Thailand’s military junta overthrew the government of Yingluck Shinawatra in a May coup. 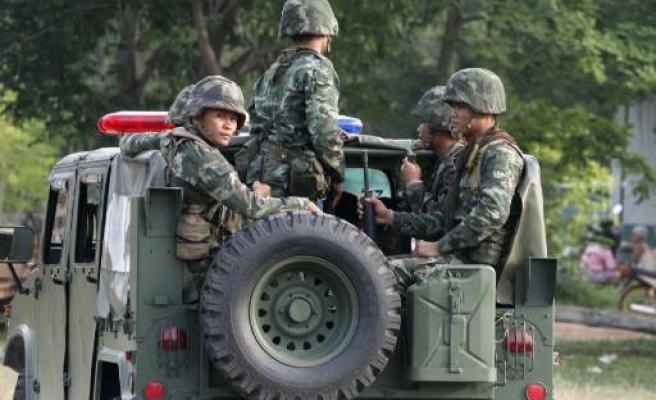 Fighting has briefly broken out between Cambodian and Thai forces on disputed land on their shared border near an ancient Hindu temple, a soldier from each side being injured, the Phnom Penh Post reported Wednesday.

The Cambodian soldier was shot three times Monday and has been hospitalized, though it was unclear which side discharged their weapon first, the paper said.

It was the first outbreak of violence at the disputed border territory since Thailand’s military junta overthrew the government of Yingluck Shinawatra in a coup in May, but Cambodian officials insisted it was just some “confusion” and that things were now back to normal.

“A Thai soldier got injured... as there was some confusion,” he added.

The neighbours’ shared border has long been a hot-button issue, especially around the 11th century Preah Vihear temple where fighting between Thai and Cambodian forces has regularly broken out, most recently in 2008.

While the International Court of Justice in The Hague awarded the temple to Cambodia in a 1962 edict, Cambodia asked the court in 2011 for clarification regarding a disputed area of land adjacent to the monument.

The court’s ruling—announced in November last year—left matters rather ambiguous. While it ruled that Cambodia owned the natural promontory around the temple, the court left it to the two countries themselves to establish ownership over the 4.6 square kilometres (1.77 square miles) of land that was the source of the fighting in the first place.

Despite predictions by some analysts that the ruling could cause border tensions to flare again, both the Thai and Cambodian governments hailed the edict as a success and the verdict was accepted peacefully and without demonstration.

Although the Cambodian government were strong allies of the deposed Shinawatra government, since the coup they have fostered friendly relations with the new Junta.

But aside from military disputes over border land, Thai-Cambodian relations have also been a source of contention in other ways.

Cambodians, usually poor rural villagers, regularly cross into Thailand looking for high-value timber as Cambodia’s own forests have been much depleted by logging. Luxury Rosewood can sell for thousands of dollars and there is a large market for the timber in China.

In one week alone in March, 15 Cambodian villagers were shot by Thai forces after crossing the border.

The killings prompted the Cambodian government to summon the Thai ambassador and also write a letter to the Thai side demanding they arrest rather than shoot loggers.