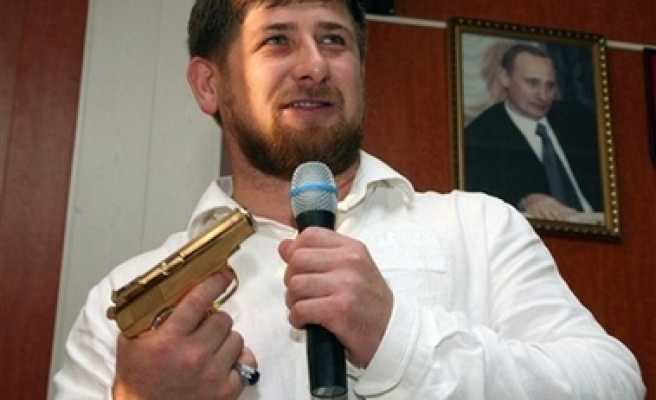 Chechen President Ramzan Kadyrov told state-run Rossiya-24 TV he headed the operation to fight off the attack on his village of Tsentoroi and said 12 insurgents were killed. His office also confirmed his account of the raid.

It was not clear however whether Kadyrov was in the village at the time of the attack, or directing operations from the republic's capital Grozny, some 60 km (37 miles) away.

Some 30 fighters attacked the village early on Sunday morning, a source in the North Caucasus Federal District police in the nearby Stavropol region, told RIA news agency. Only a few fighters shooting a video of the raid managed to escape, it said.

Five civilians and two policemen were also killed in the attack, RIA said, but it said it could not immediately confirm the toll of 12 fighters dead cited by Kadyrov and his office.

A website, www.kavkazcenter.com, challenged the official data saying that at least 15 of Kadyrov's security officers were killed, while a total of 60 insurgents attacked the village. Five fighters were also killed, it said.

The insurgents spent about an hour rampaging through the village, the website said, citing local residents, and torched 10 houses it described as belonging to "Kadyrov's confidants". It was not clear whether Kadyrov's own house was also set ablaze, it said.

Kadyrov has been the target of a number of assassination attempts in the past 10 years, and Tsentoroi was raided by insurgents back in 2004, in what Kadyrov said was an attack aimed to kill him.