Officials were still investigating the cause of Tuesday's crash in the financial capital Shanghai in which 270 people were injured, 20 of them critically. 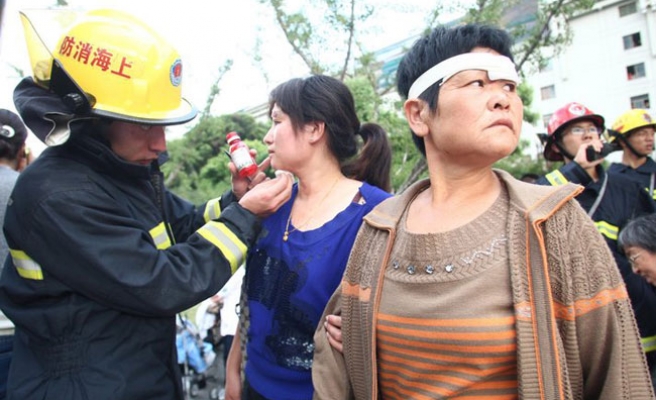 Chinese authorities came under fire on Wednesday after the worst subway train accident in 42 years raised fresh concerns that the world's second biggest economy was sacrificing safety in the rush to develop.

Officials were still investigating the cause of Tuesday's crash in the financial capital Shanghai in which 270 people were injured, 20 of them critically.

It came just two months after a deadly collision between two high-speed overland trains in Wenzhou set off a wave of criticism of China's ambitious rail building plans. That crash promoted the government to suspend new railway project approvals and launch safety checks on existing equipment.

The Global Times newspaper, owned by Communist Party mouthpiece People's Daily, called the managers of China's cities "backward" and said that increasing speed should not come at a cost to public safety.

"The tragedies in Wenzhou and Shanghai keep reminding people that China cannot afford failure," it wrote in an editorial.

"Shanghai has already had the appearance of a developed city, but accidents such as the subway collision and the Shanghai fire last November (in which 53 people died) reveal that it is still a developing city at its core."

The Shanghai government and an outside investigative team were examining the crash near the well-known Yu Yuan garden which occurred after the failure of the signal system forced staff to direct trains by telephone.

Chinese Internet users took to the popular Twitter-like microblogging website Weibo to criticise the government for its breakneck plans for rapid development and for sacrificing public safety.

"This is one wave after another. Everybody should learn self-rescue methods because that's what it takes to survive in this country," said a user called Long Maoer 88.

"What happened in Shanghai tells us that the government has not served its people whole-heartedly and can't even learn from mistakes."

Other Internet users demanded to know why the government had not published its investigation report about the high-speed train crash in late July that killed 40 people.

"The Shanghai metro has rear-ended, look at how the lives of the ordinary people are a joke," said a user called 'The Miracle of energetic mindfulness'. "Why is it that we still don't have the truth of the high-speed train crash. What else is there to hide?"

The accident in July prompted the government to announce that it would suspend new railway project approvals and launch safety checks on existing equipment to address public concern following that crash.

Parts of Line 10 on which the accident occurred were closed on Wednesday but other lines were operating normally.

Shanghai has 11 lines running on more than 400 km of track, as well as a link to its main international airport.

Official news agency Xinhua said the signal systems used on the line were made by Casco Signal Ltd, a joint venture between China Railway Signal and Communication Corp and French power and transport engineering group Alstom .

Shares of Shentong Metro , the government-controlled listed unit of the subway operator in Shanghai, fell as much as 4.7 percent on Wednesday.