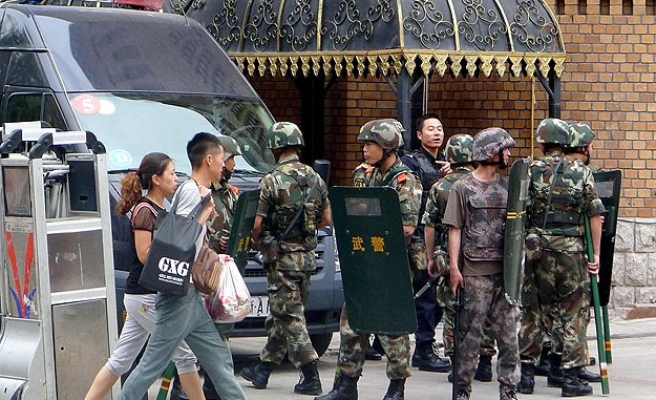 China has banned petitioners from taking their grievances directly to higher levels of government without first going through local authorities, state media reported on Thursday, in the latest effort to streamline its chaotic petitioning system.

The system of petitions dates back to imperial times as a means for citizens to bring grievances to the attention of government officials by bypassing the legal system or authorities, especially at the local level.

In practice, few of the cases are ever resolved and petitioners are frequently forced home or imprisoned by regional or provincial authorities when they seek to escalate their complaints to higher-level officials.

The State Bureau of Letters and Calls, responsible for handling petitions, stipulated in a new regulation that the central government will not accept complaints about issues that should be handled at provincial level, the People's Daily said.

"The purpose of this regulation is to clarify jurisdiction, regulate the procedure and improve the efficiency of handling petitions," Zhang Enxi, a spokesman for the body, was quoted as saying.

Higher levels of government departments will not accept petitions that bypassed the local government and its immediate superior, and petitions will be rejected if they are within the jurisdiction of the legislative and judicial branches, according the regulations

Petitioning has deep roots in China, where courts are influenced by the ruling Communist Party and local governments, and often seen as beyond the reach of ordinary people.

Petitioners often try to take local disputes ranging from corruption to land grabs to higher levels in Beijing, in the hopes of bypassing local governments that they deem corrupt or responsible for their mistreatment.

Despite international criticism, petitioners are often forced home or held in "black jails", unlawful secret detention facilities where detainees can be subjected to beatings, sleep and food deprivation and psychological abuse.

China has made a series of efforts to reform the system by cracking down on illegal imprisonment of petitioners and pushing for the process to go online. The government does not formally acknowledge that black prisons exist.