People will not be allowed to practice religion in government offices, public schools, businesses or institutions 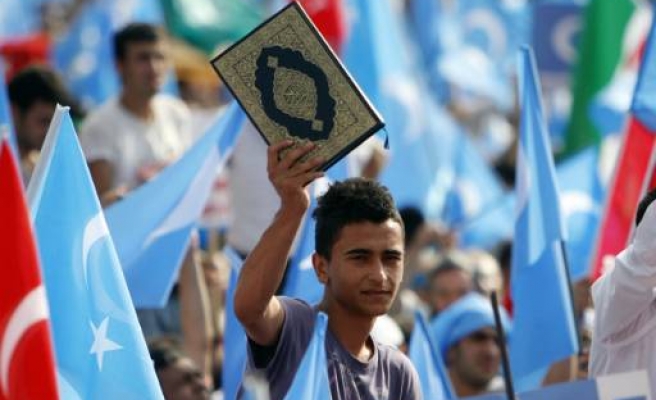 China's Xinjiang region (East Turkestan) has banned the practise of religion in government buildings and will fine those who use the Internet to 'undermine national unity', in a package of new regulations.

The rules, passed by the standing committee of Xinjiang's parliament on Friday, stipulate penalties of between 5,000 and 30,000 yuan ($4,884) for individuals who use the Internet, mobile phones or digital publishing to undermine national unity, social stability or incite ethnic hatred.

Equipment used in the offences also can be confiscated, the official Xinhua News Agency reported on Sunday.

The regulations, which come into effect Jan. 1, also prohibit people from distributing and viewing videos about 'radical' religious subjects in or outside religious venues, and requires religious leaders to report such activities to the local authorities and police, the China Daily reported at the weekend.

"An increasing number of problems involving religious affairs have emerged in Xinjiang," said Ma Mingcheng, deputy director of the Xinjiang People's Congress and director of its legislative affairs committee, according to the Chinese newspaper.

People will not be allowed to practice religion in government offices, public schools, businesses or institutions. Religious activities will have to take place in registered venues, the report said.

They also are prohibited from wearing or forcing others to wear clothes or logos associated with religion, although the types of clothes and logos aren't specified, the newspaper said.

Xinjiang, home to the Muslim Uighur people, has been beset by violence for years, blamed by the government on "extremists who want an independent state called East Turkestan."

Rights groups and exiles say the problem is more to do with Beijing's harsh restrictions on the Uighur people's religious and cultural customs and doubt the existence of a cohesive group fighting the government.

Last week, 15 people were killed in the latest bout of unrest in Xinjiang.

The energy-rich region sits strategically on the borders of Pakistan, India, Afghanistan and Central Asia.