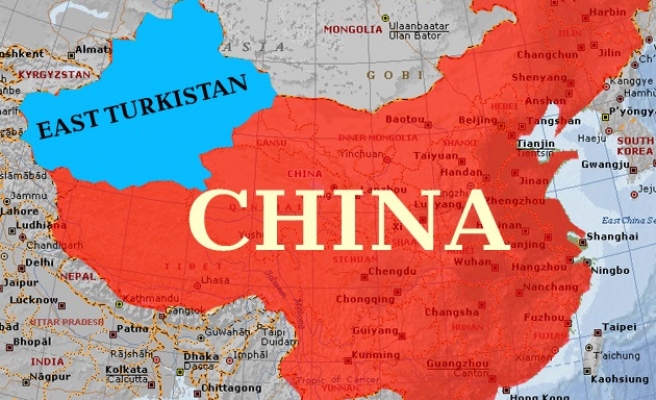 A Chinese political advisor has praised the inhabitants of the country's troubled Uighur-populated East Turkestan region, while calling for stability and unity in the area, state media reported Monday.

Visiting the East Turkestan county of Shache for the region's 60th anniversary last week, Yu Zhengsheng said Communist party cadres and local residents had made great efforts in safeguarding stability, referring to Shache -- which local Turkic Uighur refer to as Yarkand -- as "the frontline of terror".

"[We] must do everything we can to bring people together, firmly implement the work of separating religion from extremism, guide different ethnic groups to have candid communications and do more heart-warming and heart-winning deeds," the China Daily reported Yu as saying.

A state-sponsored white paper published last week highlighted that public security organs in East Turkestan are on high alert for signs of violent attacks and terrorism in the region, and should respond with a heavy crackdown.

It underlined that since the 1990s, three forces -- "ethnic separatism, religious extremism, and violent terrorism" -- had been working from bases both inside and outside the country to plan and stage a series of incidents of "terror and violence... causing great loss to the lives and property of innocent civilians of all ethnic groups."

For years, they have accused China of carrying out repressive policies that restrain their religious, commercial and cultural activities.

During his tour -- prior to Thursday's Oct. 1 anniversary -- Yu called on local residents to cherish "hard-won stability and unity".

"Different ethnic groups should be united together like pomegranate seeds", he said.

Chinese state media reported in June that "Muslim terrorists" have orchestrated attacks on police stations and other symbols of the state in the region.

While not naming any one particular group as responsible for the bombings, the paper underlined that 24,400 mosques with 28,600 clerical personnel exist in East Turkestan, and the central government has allocated over 10 million Yuan ($1.6 million) for maintaining or repairing a number of key mosques and religious sites since the 1980s.

By 2014, more than 1.76 million copies of religious classics, books, and magazines, including the Quran, had been published in Uighur and various languages, it said.